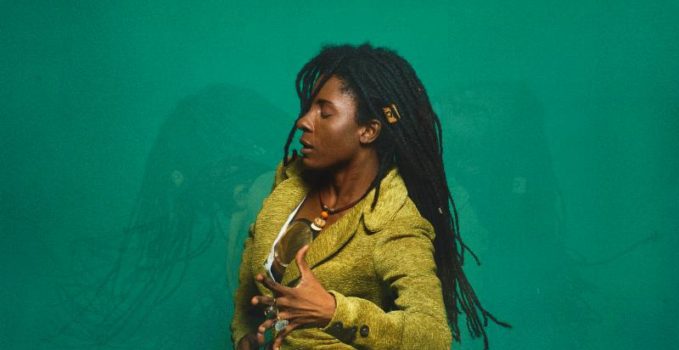 Jah9’s new single “Field Trip” will be available everywhere this Friday June 22nd. This is the third release off her upcoming “Feelings EP (vinyl exclusive) out this August VP Records, also featuring singles “Feel Good” and the more recent “Love Has Found I”.

In support of the upcoming EP, she will be embarking on a 2018 tour beginning tonight at LA Dub Club in Los Angeles. The tour will include festival stops including the Sierra Nevada Music Festival, Bagnol Reggae Fest, Reggae in the Park, One Love Music Fest, Mullum Fest and more, concluding at the Welcome to Jamrock cruise in December. (See dates below).

Produced by Clive Hunt and Jah9, the afro beat/calypso inspired song premiered today on Afropop and Jah9’s SoundCloud. The single is in the vein of music pioneers such as Fela Kuti and the title “Field Trip” serves as a metaphor for traveling within one’s self. “Most of the spiritual practices and philosophies that speak about man’s evolution, speak about introspection and going within and looking for the higher self and sometimes living in this kind of world right now, it’s difficult to imagine that because everything is so mundane and superficial such as the relationships we have with people,” Jah9 states. “The idea of just sitting still with no phone, no outside interference, just sitting and being with one’s self and exploring your own mind and your own space is almost like a field trip.”

“The real field trip is within. That is the final frontier and if we do this we will find new elements of our self. We can unlock some different things. And that is the beginning of self-love and the beginning of evolution. It starts with turning the gaze inward and exploring that uncharted space which is your own mind and your own self space,” she concludes.

August 18 | Reggae In The Park | Philadelphia