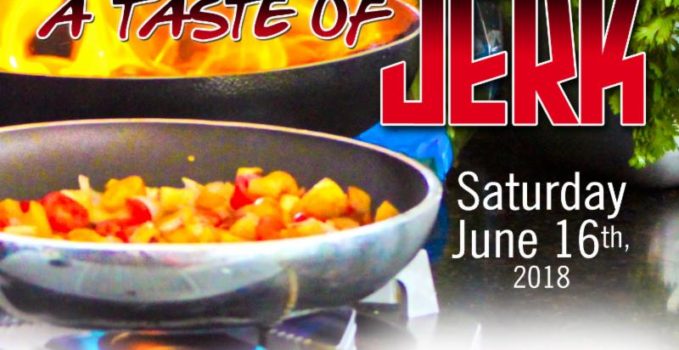 On Saturday June 16th 2018, The Grace Jamaican Jerk Festival will hold their annual Taste of Jerk Kick-Off event at the VP Records retail Store in Jamaica Queens. The event is the official media launch to inform the public of the various performers, food vendors and entertainment they can expect at the festival taking place Sunday July 22nd at Roy Wilkins Park in Queens from 12-8pm. The press conference and food competition is held from 12-2pm, while the public can participate in the festivities which includes a live remote by Irie Jam Radio, from 2-4pm.

The day will continue with Reggae King Radio streaming from 2-5pm as well as Irie Jam doing a live remote from 2-4pm. Reggae group, New Kingston will stop by for a fan meet and greet along with special surprise guests. In addition, National Bakery, HSBC Bank, Farm UP and more companies will showcase their latest products and services to attendees. Tasty treats by vendors and sponsors will be provided for non media guests as well as a mini kids zone are for the little ones with face painting and more.

of Jerk is an opportunity for folks to come out and enjoy good food and vibes leading into the New York Jerk Festival”, said Richard Lue, Vice President of VP Records. “We are very excited about this year. The music lineup and various food vendors are sure to be a big hit.”

Tickets are valued at $35.00 in advance and $45.00 at the event. Online tickets are available for purchase at : https://jerkfestivalny.com/tickets/.

About the Grace Jamaican Jerk Festival