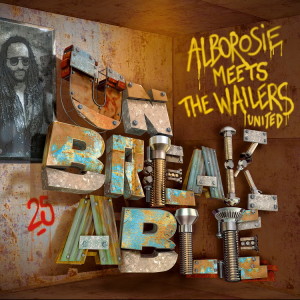 New Album with The Wailers United available for

Enlisting The Wailers United (former members of Bob Marley and The Wailers with the addition of Aston Barrett Jr.) for instrumental backing, the album upholds the tradition of roots- rock-reggae. While honoring traditional reggae sounds, the inclusion of Alborosie’s re-visioning of the Metallica classic “The Unforgiven” featuring Raging Fyah adds a new edge to the album that addresses contemporary issues with a thoroughly modern feel.

Alborosie is a singer, songwriter, multi-instrumentalist, producer, engineer and a dynamic talent in the contemporary reggae scene. “Unbreakable” is his ninth album for the Greensleeves label, following his last release “Freedom in Dub” in 2017. “Unbreakable” gets its roots from reggae’s great history and points toward a future vision of the music with the sonic prowess that has become synonymous with Alborosie productions.

The first single, “Contradiction” featuring Chronixx serves as the perfect introduction to the project. Self-produced and written by Alborosie who comments, “the song delivers a message to the people and the youths about everyday life and the social and political climate we are currently living in.” Other artists featured on the album are hit makers Beres Hammond, Jah Cure, and J Boog.

“Alborosie continues to expand his creative vision,” said Christopher Chin, CEO of VP Records. “This album looks to be his best yet and we are very excited about the release.”

On the cusp of an extensive European tour, music a video for “Contradiction featuring Chronixx” is in production with more videos and performances to be confirmed. 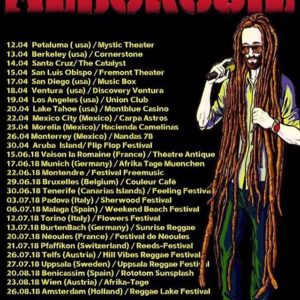