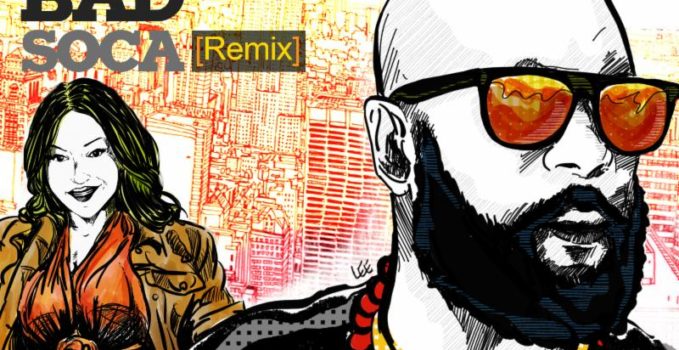 Premiering today on Noisey, the video to the remix of ‘Big Bad Soca’ Remix by VP Records artist Bunji Garlin and dancehall vixen Shenseea embodies the energy and flavors of the current carnival season. Filmed in Trinidad during carnival in February, the colorful and exuberant visual further catapults the soca anthem, that shows no signs of slowing down.

The two Campari Caribbean brand ambassadors enjoyed working together on the remix. On the song, Bunji Garlin expresses “Soca is more than a genre, it’s a lifestyle and I wanted to make an anthem for all to enjoy.” He expressed that Shenseea was a perfect match vocally. On experimenting with soca music, Shenseea states, “Soca music is a very high tempo and energetic genre. It is fun and allows oneself to be creative in their own way.” Her thoughts on carnival were just as positive. “My carnival experience was too good. I felt free and happy seeing other people enjoying themselves and the music just never stops,” she concluded.

“Bunji’s music crosses many borders, his streaming numbers on the track were crazy, so (Big Bad Soca) was primed for a remix,” said Edwin Howell, A&R at VP Records. “We had worked with Romeich and Shenseea before and saw the opportunity for her to make a splash at Trinidad carnival and extend the life of the track.”