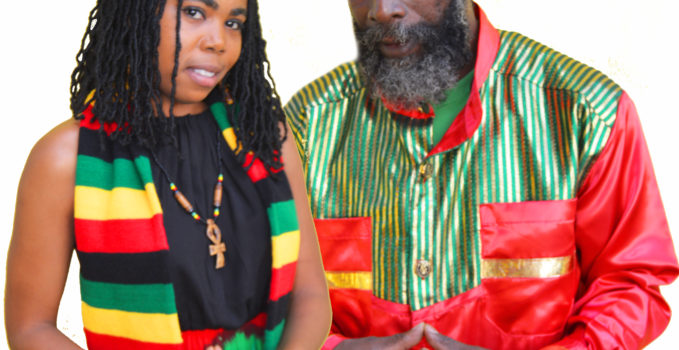 I-Atom Teams Up With Capleton For New Single

Reggae artiste I-Atom has teamed up with the Fire King himself, Capleton, to release a conscious tune titled Ganja Call. The track was produced by I Atom’s record label, Virtuous Voice Production.

Released in January 2018, the track is laced with good vibes, a strong delivery and well crafted lyrical content.

The connection between the artistes was made “spiritually” as I-Atom described it. “I premeditated how I would approach him and when I did, I told him that I have ganja riddim that I want him to hear and hopefully to collaborate with me. The moment the King heard the sound of the riddim, he was overwhelmed with joy. He started to chant on the riddim and ultimately, Ganja Call is the result,” I Atom explained.

The track has been getting traction locally as well as internationally, with plays in countries across Europe, Asia and Africa. It is expected to continue to do well and gain more recognition, considering the timely message it presents. “I realized that there’s a misconception of the great marijuana plant. People thought that marijuana is limited to just smoking, but I decided to utilize my creativity to explain the medicinal properties and the healing power of the plant. So I wrote my verses of the song and then Capleton added his verses to make this perfect collaboration – Ganja Call,” she said.

Shot in locations across Kingston, the accompanying music video for Ganja Call was released in March and has racked up an impressive number of views already.

With her creativity deriving from observation of happenings in today’s society, I-Atom has been working on new material that will be released soon. She also has upcoming performances in the pipeline, such as Capleton’s annual charity show, “A St. Mary Mi Come From.”

Ganja Call is distributed by Zojak Worldwide and is available for purchase and/ or streaming on all major digital platforms.