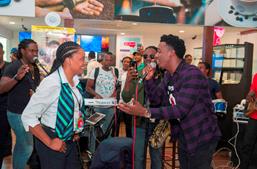 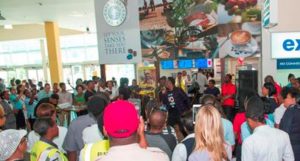 “We are delighted to feature Romain Virgo in collaboration with VP Records to launch our pop-up concert series at Sangster International Airport as we prepare to celebrate our 15th anniversary as operator,” said MBJ Airports CEO Rafael Echevarne. “We are proud to showcase such phenomenal talent and look forward to featuring more of Jamaica’s great entertainers in the months ahead,” Echevarne added.

The pop-up concerts are part of MBJ’s vision to create the “Irie Airport Experience” and establish Jamaica’s leading international gateway as a cultural attraction in its own right.

MBJ is a proud patron of the arts and showcases Jamaican culture throughout the airport. In 2017, the airport operator hosted the 25th International Reggae Poster Contest exhibition and award ceremony and a local crafts competition. 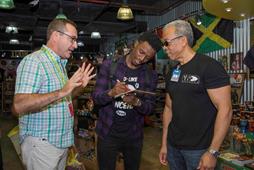 MBJ also features some of the island’s leading musical talent on the MBJ Mixtape, produced by RazzAttack Muzik, which can be heard throughout the airport on the PA system. MBJ has partnered with Tuff Gong Trading, a leading retailer in the departure terminal, to ensure albums by Romain Virgo and other artistes who contributed to the MBJ Mixtape are available for sale at the airport.

MBJ is celebrating its 15th Anniversary as operator of Sangster International Airport in April, with a series of activities scheduled throughout the year to commemorate the milestone. The celebrations mark the midway point in the airport operator’s 30-year concession agreement with the Government of Jamaica.

MBJ Airports Limited, operator of Sangster International Airport, connects Jamaica to more than 50 international destinations. A record 4.28m passengers used the airport in 2017. MBJ operates SIA under a 30-year concession awarded in 2003 and provides employment to more than 150 Jamaicans. SIA has been named the Caribbean’s Leading Airport by World Travel Awards for the past nine years.