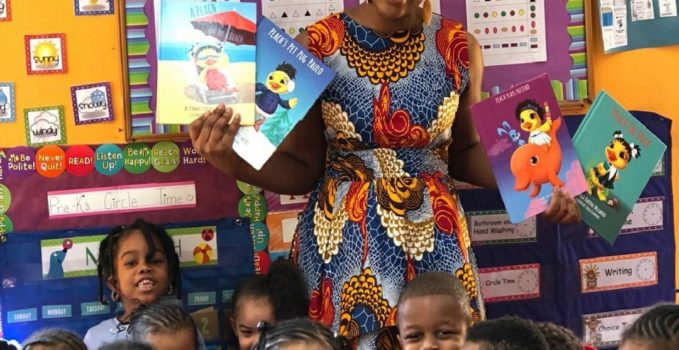 Vincentian born Kamla Karina Millwood is the Founder and CEO of Palatial Publishing LLC, – which is located in New York, NY. In addition, she launched‎ www.peachtheduck.com to showcase several books that she authored in the Peach The Duck series.

This phenomenal woman who is a publisher, an author, an editor, a motivational speaker, a mentor, a role model, an actress, a fitness devotee, an entrepreneur and an innovator never ceases to amaze us all. “I was born to write – so I will,” says Kamla and indeed she does! Kamla is referred to many as a “Go-getter” as once she puts her mind to something – she gets it done.

‎We first fell in love with the character Peach in ‎Kamla’s ‎first book “Peach The Duck” and her second book “A Peach On The Beach” is just as exciting to read.  Her third book “Peach Plays Pretend” is a wonder. Her fourth book “Peach’s Pet Pug Paulo” is indeed a true masterpiece. Her fifth book “Peach’s Passion For Fashion” will be released in the Summer of 2018. Her talent to write effortlessly and her illustrator’s genius skills to create – makes for a beautiful combination as the characters in her books “come alive” for the readers.
Kamla’s books are available in hardcover, softcover and e-book versions on Amazon, Barnes and Noble and other fine book sellers worldwide.  She also launched a video game on the Apple iTunes store based on her character Peach The Duck – called DRESS PEACH. 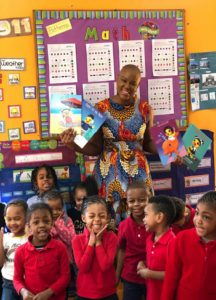 In addition, Kamla’s books are also in the Consulate of Saint Vincent and the Grenadines in NY and the West Tisbury Library at Martha’s Vineyard in a section called “The Vincentian Corner” – which showcases book authored by Vincentian-born authors.

Kamla received her BA from St. Francis College and she resides in Brooklyn, New York.  She is known as a local celebrity as she is very involved in her community.  Whether it is conducting book readings at hospitals, schools, post offices, nursing homes, churches, homeless shelters, parks, museums and libraries – she always has the energy to do so much more.  She also runs road races for various causes in addition to skydiving out of planes at 10,000 feet to support various causes.  Kamla is also the public spokesperson for Green Earth Poets Cafe and Green Earth Poetry Theater and a lead actress in the theatrical play titled “You Are Who You Eat.” Kamla is unique and one of a kind – her energy is unmatched as she knows that there is so much that needs to be done and she is indeed the woman for the job.