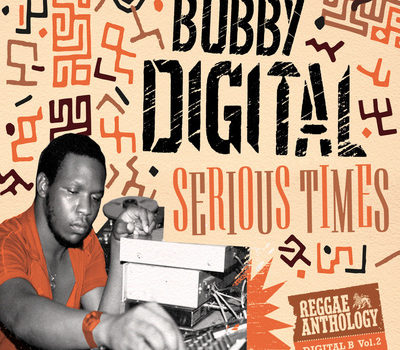 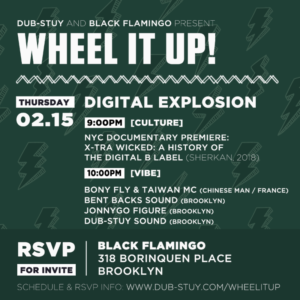 Top Jamaican producer Bobby “Digital” Dixon is known for his signature sound which has influenced many in the reggae music industry and beyond. Now, during Reggae Month and Black History Month, tomorrow February 9th, 17 North Parade, an imprint of VP Records will present the best of his roots reggae and lovers rock catalog on Volume 2: “Serious Times.”

Volume 2: “Serious Times” covers the other side of Bobby Digital’s musical expertise which breathed new life into the roots reggae genre. Featuring titles by Garnett Silk, Sizzla and Morgan Heritage, this catalog helped restore Rasta music to its former glory during the mid-nineties. ‘Every Man’s Burden’ by Jah Mali, released in 1998 was from his album ‘Treasure Box’, a defining project that underlined Bobby’ s reputation for discovering and nurturing new talent. Shortly after in 1999, ‘Don’t Haffi Dread’ by Morgan Heritage propelled the 5-piece band to major success, as the song was hailed as a major triumph and considered one of Bobby’s best. Bobby also had an influential role in transitioning artists such as Capleton, Bounty Killer, Buju Banton and Shabba Ranks from dancehall to roots, which is witnessed in Buju Banton’s ‘Til I’m Laid To Rest’ generating his reinvention as one of Jamaica’s most cultural messengers. Bobby is also responsible for one of Shabba Ranks most popular roots rhythms, ‘Heart of a Lion.’ The 40 song anthology wouldn’t be complete without legendary tracks ‘Every Knee Shall Bow’ by Garnett Silk, Cocoa Tea & Charlie Chaplin, the legendary ‘Solid as a Rock’ by Sizzla and more. Volume 2 features a 3rd bonus disc with a Heathen Chant Mega mix by Mixmaster Mighty Mike.

“Bobby Digital was a game changer in Jamaican music,” said Christopher Chin, Vice President of VP Records. “There is no better way to honor his vast musical legacy than during Reggae and Black History month. We hope this anthology series becomes an iconic favorite for music lovers everywhere.”

Throughout the month of February 2018, Dub-Stuy, a sound system collective and record label hailing from Brooklyn, New York will host a series of free weekly events celebrating the many facets and evolutions of sound system music and culture in NYC. Titled Wheel It Up!, this month-long celebration will be held every Thursday at the Black Flamingo in Williamsburg. For “Digital Explosion” on February 15th, they will present a NYC premiere screening of the new documentary, X-Tra Wicked: A History of the Digital B Label about legendary reggae producer Bobby Digital from 9PM-10PM. Following the documentary screening, DJ sets from Bony Fly & Taiwan MC (FR/CH), Bent Backs Sound ft. JonnyGo Figure and Dub-Stuy Sound will have the crowd moving.