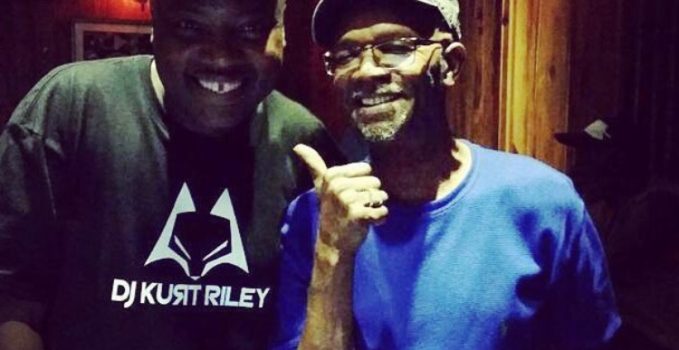 Even in the most crowded reggae party, men and women still couple up when the selector plays “I Feel Good.” Whether it’s the slow tempo, the sensual lyrics, or his raspy voice, Beres Hammond has become synonymous with lovers’ rock.  Although he has made music across genres in his over 30-year career, Hammond is best known for tunes like “She Loves Me Now,”

“They Gonna Talk,” and his international breakout hit “What One Dance Can Do.”

Now, the 62-year-old Jamaican crooner is back to prove he still knows all about romance.

His new release “My Kinda Girl” is another must have in your romantic reggae music library.  “Girl you make me so happy. Gotta talk about it” initiates a testimony of how lucky the singer feels to have a woman that every other man wants but that he gets to call his own. Ever the lyrical poet, Hammond uses the one-on-one style to make the song personal and intimate.  Couple that with the groovy instrumental and this song is sure to be another lovers’ anthem.

“My Kinda Girl ” is produced by Jambian Music, who recently gained international notoriety with Charly Black “Gyal You A Party Animal.”  Both Andre ‘Dj Dre Stylez and his brother Kurt Riley, sons of the late Winston Riley who produced reggae hits throughout the eighties including Tenor Saw’s “Ring the Alarm” and Buju Banton’s “Stamina Daddy” has catapulted their production succes over the past year. Presenting them with great opportunities and leading them to such an iconic opportunity to work with a legend like Beres Hammond. Kurt Riley, who now leads the team alongside Dre Stylez, was honored to work on this project with the veteran artiste.

“Now, I know what it means to be in the presence of a beautiful soul, and there is no better way to start the future of Jambian Music than with the musical vocal god of many decades, cutting his way on our new generation starship enterprise of music,” Riley said.

“My Kinda Girl” will be digitally distributed by Vpal Music and released on January 26th.