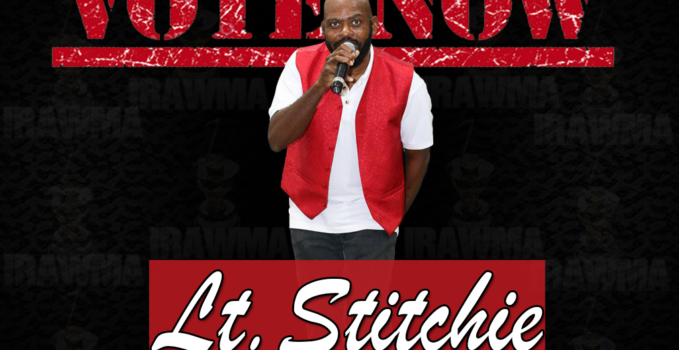 We were just informed that legendary reggae/dancehall gospel artist, Lt. Stitchie, has been nominated in the category of “BEST GOSPEL ENTERTAINER” for the International Reggae & World Music Awards (IRAWMA).

This nomination comes as no surprise as Lt. Stitchie has been consistently touring, creating and releasing new music for the past year. He ended 2017 with two video shoots; one for the track “Undisputed” on the Life 101 Riddim by Blakkwuman22 Music, and the other for “Thank You,” a popular record that is on his own label, Drum and Bass Music. Both videos will be released this month (January 2018).

In addition to that, the artist will be dropping a brand new album which features collaborations with Agent Sasco, Fantan Mojah, Million Stylez, Lukie D and Ricky Stereo in the coming weeks

Click on the following link, enter your name and scroll to the section titled “BEST GOSPEL ENTERTAINER” and cast your vote for Lt. Stitchie https://www.irawma.com/vote.