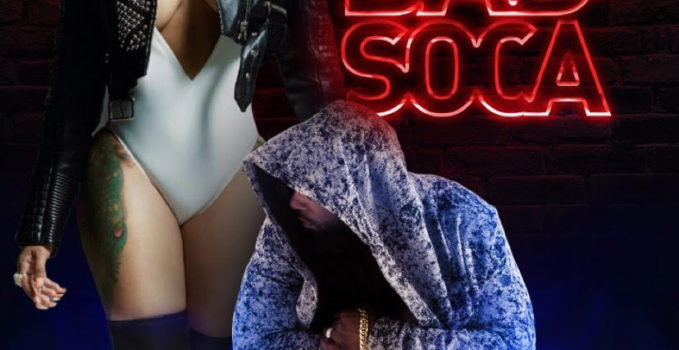 Sokah music was created in Piparo, South Trinidad by the late Garfield “Ras Shorty I” Blackman in the late 1970s, but since then, the genre has evolved, matured and has largely been promoted, celebrated and marketed up North in the capital city of Port-of-Spain.

Over 30 years have passed since this hybrid music form originated, but in 2018, Jay Upscale and 66 Entertainment are collaborating to bring soca back to the Southland with a grand event on Carnival Wednesday, February 7 entitled “Big Bad Soca”.

“The concept behind this event,” explained Jay Upscale, “is one designed to bringing Soca back to South and to its roots with both the vintage and established Soca acts like Bunji and Iwer, as well as the rising stars such as Orlando, Lyrikal and Patrice Roberts… AND also the International appeal of Grammy-nominated rap act and daughter of the soil, Cardi B!”

The chart-topping female artiste known as “Cardi B”, who was recently nominated for both “Best Rap Performance” and “Best Rap Song” for her Billboard Hot 100 No. 1 hit, “Bodak Yellow”, will be present to host the “Big Bad Soca” event on Carnival Wednesday.

“Big Bad Soca” singer, Ian “Bunji Garlin” Alvarez is understandably excited about this event and is looking forward to welcoming Cardi B to the Trinidad Carnival stage:

“Honestly, I welcome all good energies,” he said, “and I’m known as an artiste that likes to push the envelope – I like to try new stuff… musically… and visually and I’m always of the firm belief that new beginnings always present an opportunity to create new history. They also challenge you to be more creative and find new avenues or new ways, new streams and new routes – to find something new about yourself even though the audience you’re catering too may want something familiar. So how do you be familiar and new at the same time? These are the tests that new events provide for us the artistes. Every new event is like a new stream to the whole river of creativity that is happening…

“Having a prominent artiste like Cardi B host this event makes it extra special because as far as I know she’s a daughter of the T&T DNA and this is a homecoming of sorts for her and her first time on a Carnival stage. Everyone who is a national has a birthright and is entitled to return and get involved, or be a part of what is going on where they came from… so we’re looking forward to making this Big Bad Soca experience a memorable and momentous one from everyone present on Carnival Wednesday night!”

Jay Upscale Management and Promotions is a top-rated artiste management and Event Promotion company founded and based in New York and is responsible for hosting a multitude of Caribbean-themed events for over a decade. Most recently, Jay Upscale staged the “Busshead NY Tour” which featured Machel Montano, Bunji Garlin and a number of guest acts. This company is renowned for attracting the NY and Tri-State Caribbean community to unique upscale venues and for always keeping the “authentic Caribbean elements and vibes”.

66 Entertainment is headed by clothing store owner and entrepreneur, Rondell Roberts and is most famous for their “BaeWatch” beach party series, which brought reality and social media stars, Amber Rose and Black Chyna to Trinidad during Carnival 2015 and 2016.

“We are extremely excited to bring Cardi B back home for Carnival 2017,” said Jay Upscale, “and we look forward to her lending her celebrity to the ongoing mission – which is the advancement of Soca music – even as we stage this event to reclaim and rejuvenate the origins of Sokah in the Southland. We believe that Cardi B is well on her way to becoming a mainstream icon in the USA and we’re happy that she is embracing and celebrating her roots and willing to promote her home country and our exciting and engaging music, mas and culture.”