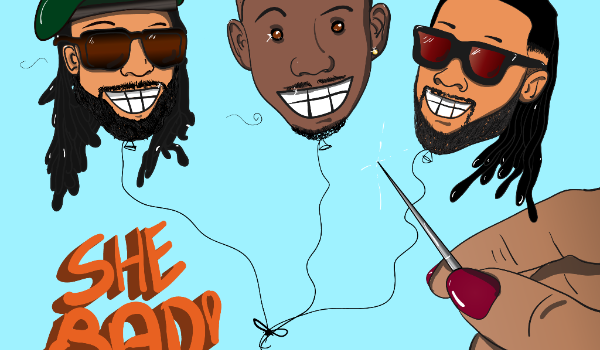 In April 2017 when Trevon Turner emerged on the music scene in Trinidad and Tobago, the immediate response was overwhelming. His debut single ‘She Bad’ was the tool responsible for his major breakthrough in the music industry. The young Trinbagonian was dubbed by many as the hottest rising male vocalist for 2017. To date, the track written by Turner and produced by Nine Mind and Lenkey Records has made waves throughout the Caribbean, USA, Canada, Africa and Europe.

Now, almost eight months after it’s release, ‘She Bad’ has been remixed and features two musical giants; fellow Trinbagonian Machel Montano and Nigerian superstar Flavour. Understandably so, the honour of having Montano’s 35 years of Soca experience featured on his single has excited Turner. His response to the opportunity to collaborate with Flavour, one of Africa’s premiere performing artists is similar. This collaboration is filled with first time experiences; Turner’s first project with two other vocalists, his first time working with this magnitude of talent and his first time collaborating with anyone from an African territory. The other first time experience would be Flavour’s first time working with acts
from Trinidad and Tobago

​When rumors of a remix began circling, many excited soca fans worldwide without substantial information began expressing their approval. For Nine Mind and Lenkey Records the approval acted as an indication of the greatness to come. Speaking on behalf of Nine Mind and Lenkey Records, Keon Serrette shared, “We are humbled that both Flavour and Machel believed in the song and agreed to be part of this project. We are certain that the possibilities are endless for this remix.” Serrette who also manages Turner is confident that the collaboration will be embraced by the masses and is happy with what he considers a “cultural exchange.”