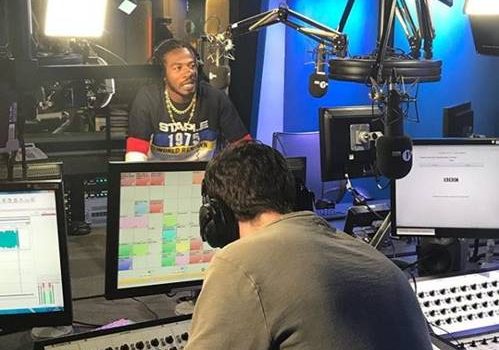 Posted On December 4, 2017 By Ann J In Caribbean Cultural News With 774 Views

Gyptian Promotes New Singles in The UK with a Promotional Tour!

Reggae Star Gyptian promotes his newest singles “Closer” and “Leave You Alone” in the UK with a tour and series of appearances preparing the market to ‘buy in’ as soon as his EP is released in January, 2018!

His tour, which began on Friday December 1st consists of 3 concert dates, Birmingham (Baab E Salaam Banqueting Hall), Manchester (Piccadilly Banqueting Suite) and London (O2 Forum), and a series of appearances and meet and greets with fans and industry movers and shakers who are driving the artists’ streams.  Speaking to Seani B on BBC 1Xtra, Gyptian remarked “I have pure family in England, I have pure fans in England so we do music.  The new music I’m here to promote is for them; not just England but worldwide!”

Debuting his two new singles on one of the UKs hottest radio stations was met with updates on where Gyptian will be making his appearances: