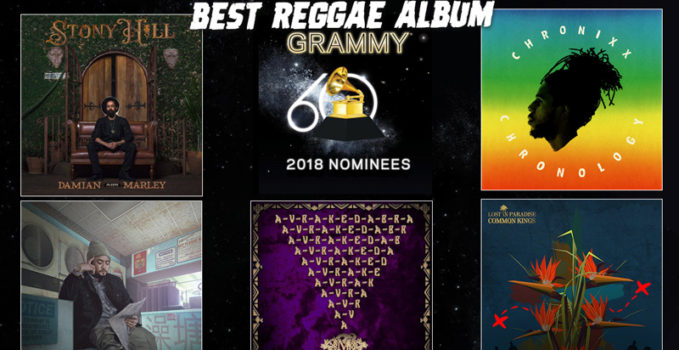 Posted On December 4, 2017 By Ann J In Caribbean Cultural News With 926 Views

The 60th Annual Grammy Awards nominees have been revealed.
Five releases are nominated in the category BEST REGGAE ALBUM.

What are the eligibility requirements for nominations?
For the 60th Annual GRAMMY Awards, albums must be released between Oct. 1, 2016, and Sept. 30, 2017. Recordings must be commercially released in general distribution in the United States, i.e. sales by label to a branch or recognized independent distributor, via the internet or mail order/retail sales for a nationally marketed product. Recordings must be available for sale from any date within the eligibility period through at least the date of the current year’s voting deadline.

Morgan Heritage about their second Grammy nomination: “When our music is celebrated by our fans, that is the greatest satisfaction an artist can ask for. When your peers consider your music top of the class, it’s just humbling. These are blessings and we’re grateful to Jah for giving us the guidance, health, strength and perseverance to keep spreading this message of peace, love, equality and justice for all mankind. Bless up the Recording Academy for recognizing Avrakedabra!”

Recent album releases by Jesse Royal, SOJA and Junior Natural with Sly & Robbie were released after September 30. They have the chance to be nominated for the 61st Grammy Awards.

The 60th Annual Grammy Awards ceremony will be held on January 28, 2018 in New York City at Madison Square Garden.