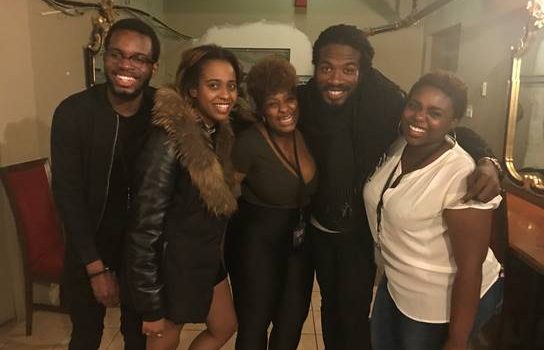 Reggae superstar Gyptian gave the students of the Concordia Caribbean Student Union a stellar performance in Montreal last weekend, and opened the podium for his Manager Natasha Thomas to address students on the topic of Unity and the important role she plays in his career and within the industry at large.

Acknowledging that his career is as much about music as it is about effective management, Gyptian opened the podium to his Manager who addressed the Concordia congregation with words from Gyptian and insights from her personal experiences as a female in the industry.  On the theme of Unity the Reggae superstar said “music is a responsibility because its’ power reaches people of every walk of life.  As a musician, I have to sing words that bring people together, not tear them apart.”  Adding to the statement, Natasha said “We see firsthand how Unity advances all of us.  Gyptian has musical goals, I have management goals, being unified, we are able to make things happen that wouldn’t otherwise.  As a female in the industry, the only barriers I’ve encountered are those that I put on myself.”

The appreciative audience clung to every word spoken and gave a rousing round of applause to Natasha when her speech was finished.  Several students asked questions which ranged from gender to equal opportunities to accomplishments and more.  One student, Jennifer, commented at the conclusion of the address saying “it’s nice to know that Gyptian sees Natasha as his equal, and not just as a woman in the industry.  I also realize that Music can be used to unify all people, and Gyptians music definitely does that.  When I go to his concerts, I see people from all walks of life, not just Caribbean people.  I’m glad he came!”

At the Rialto Theatre, Gyptian gave a performance that fans are still talking about and ‘posting’ about on social media!  The Reggae superstar took to the stage to perform his classic singles “Beautiful Lady” and “Hold Yuh” as well as introducing fans to his newest singles “Leave You Alone” and “Closer.”  Both singles will be included on the artists EP due to be released January, 2018.  The 6 track project will feature production from his self owned Ryte Dyrekshan (pronounced Right Direction).  Radio rotation of both singles are solid in the North American, UK and African markets. 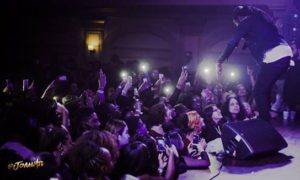