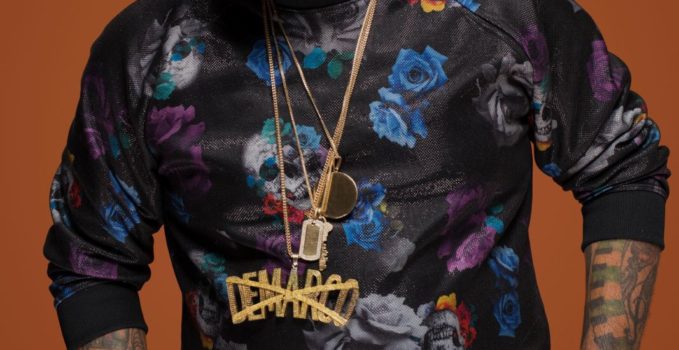 DeMarco Takes Over UK with Akon on the Konvict Kartel Tour

Jamaican-born artiste DeMarco (Demarcodadon on Social Media) is currently on the “Konvict Kartel” tour with Superstar Akon in the United Kingdom (15 Concerts). Three dates have sold-out thus far as the UK fans clamor for a chance to see these Mega stars live. DeMarco’s tour schedule is filling up: visiting radio stations, having interviews and will be taking over SHAZAM’s Global Social Media on Saturday, November 4th– Log on and ask him your burning questions.

Akon, who tops the 2017 list of richest African musicians according to Forbes Africa and known for launching the careers of superstars Lady Gaga and T-Pain says of DeMarco: “He is a serious artist with a proven track record and an electrifying stage presence.”

His roots are Portmore, St. Catherine Parish, Jamaica, where dancehall music is king. “Dancehall music made me popular but I’m all about diversity,” said DeMarco. “I love writing and performing any kind of music from all genres such as Afro beats, EDM, international music, fusion, tropical house, and hip-hop.” Adding to his unique style is a global influence due to touring extensively; including multiple visits to Africa, performing in Ghana, Uganda, Kenya, Zimbabwe, Tanzania, and Guinea.

2018’s schedule is placing DeMarco on many continents for his “No Wahala” Tour.

One search on Youtube demonstrates DeMarco’s popularity as his hit video “Puppy Tails” has over 27 Million Views.

His Instagram boasts 263K followers as well. He has been making a name for himself for over a decade recording with many of today’s top talent including: