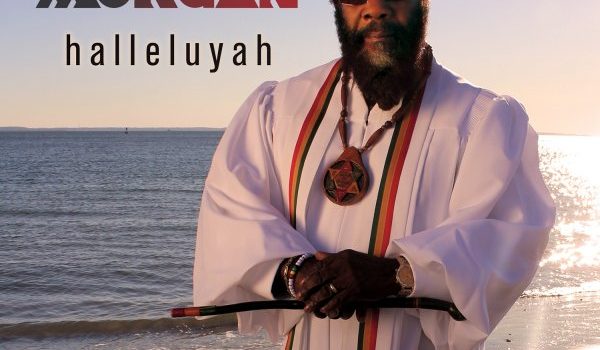 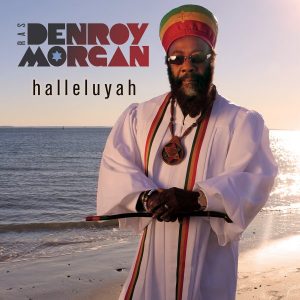 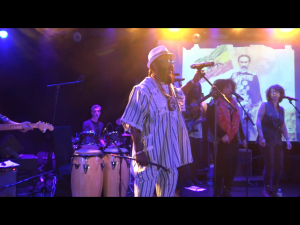 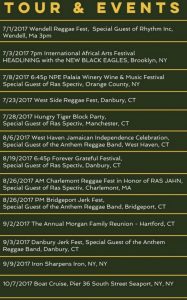 The legendary patriarch of the 2015 Grammy Award winning Morgan Heritage Family, is a star in his own right, who not only has a robust catalog of music including the 1981 Billboard hit, “I’ll Do Anything For You”, but his music covers a range of styles, including, RnB, Funk, pop and of course, as a devoted Rastaman…Reggae & Nyahbinghi. After many years away from the stage working behind the scenes building his children’s musical careers and being ordained a Bishop of he Gospel Helpers Church of North & South America; he is also became Ambassador of the Ethiopian Orthodox Coptic Church of North and South America to the Rastafarian Community Internationally; and a member of the American Clergy Leadership Conference; and he has been a foundation member of the Twelve Tribes of Israel, NY. Now Ras Denroy Morgan is making his return, with his brand-new album, MUZICAL UNITY, and making his return to live performance with his brand-new band the NEW BLACK EAGLES and their review.

Very few people can deliver this music and message like some of the original foundation elders can, and in Ras Denroy Morgan we have a remaining elder standing firm to this day to carry not only the music, but the message and LIVITY that uplifts all people. The Rastaman Vibration is Positive and Ras Denroy Morgan is on a mission to bring the Rastaman Gospel music as well as showcase the many styles this versatile Rasta elder has to offer…Stay tuned as the best is yet to come. 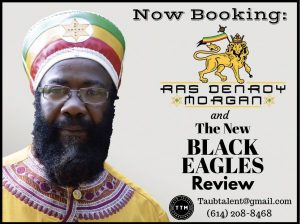