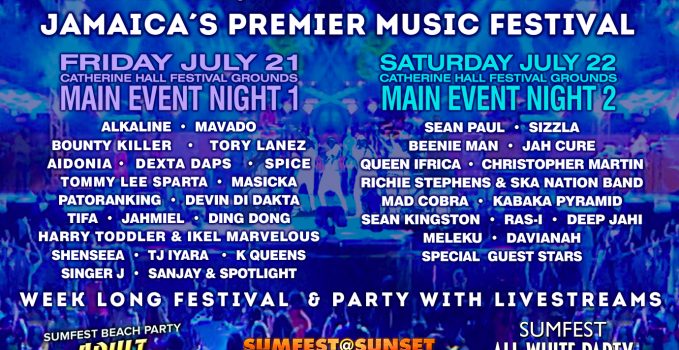 2017 Reggae Sumfest, presented by Red Stripe and produced by DownSound Entertainment is going all-out in celebrating this 25th Anniversary with a week-long takeover of Montego Bay on July 16-22. Five major pre-events lead up to a weekend of main festival events featuring top Reggae stars. High-definition Livestream with 360 surround Livestream will engage Reggae fans around the globe. With a line-up featuring many of Reggae and Dancehall’s biggest stars, it’s no wonder that Reggae-lovers from around the world are making the Sumfest Week their summer vacation. Reggae Sumfest represents the most authentic Jamaican music experience in the world.

After the pre-event parties, Catherine Hall Festival Grounds are transformed into the biggest Reggae festival of the year! The Main Event Night 1 on Friday, July 21 night focuses on Dancehall while the Main Event Night 2 on Saturday July 22 has a Reggae Focus.

Global Reggae and Dancehall fans are rejoicing for the chance to see (live or on livestream), these international Reggae performers:

R&B group Soul II Soul and received the Jamaican Governor-General’s Achievement Award for contributing to civic, social and recreational projects in and around the parish of Westmoreland.

Come play with us all week long in Jamaica, July 16-22, 2017 to help us celebrate our 25th anniversary of Jamaica’s Premier Reggae Festival.

For more information on all events and the livestream, visit www.Reggaesumfest.com 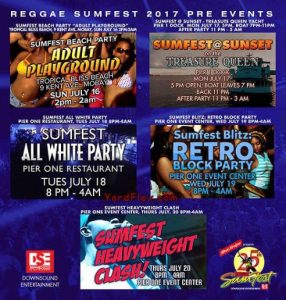