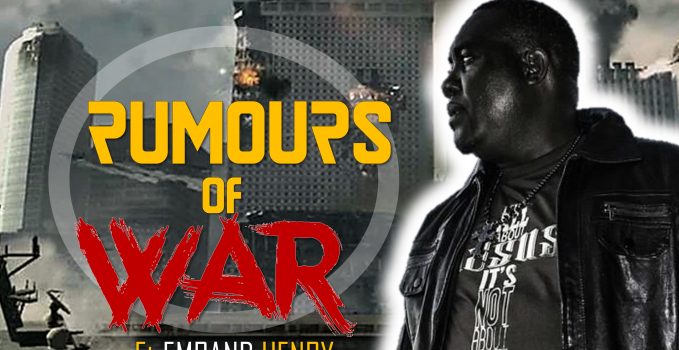 Posted On May 31, 2017 By Emma Cotejar In Caribbean Cultural News, New Song Releases With 1515 Views

With all that’s going on in the world today we bring to you a brand new track that tackles the problem. It is entitled ‘Rumours of War’ by upcoming gospel reggae sensation, Moses Henry, featuring the veteran, Emrand Henry. This track was produced by JahLight Records and it is the official 1st single to be released from Moses’ upcoming EP which is called ‘Thankful’ that is slated for August. This project will be the first release from JahLight Records’ new exclusive distribution deal with VP Records’s very own, VPAL.

It will be released on all major digital outlets on June 2nd 2017. You can look out for more hot tracks to be released soon from the team.

And ye shall hear of wars and rumours of wars: see that ye be not troubled: for all these things must come to pass, but the end is not yet – Jesus Christ