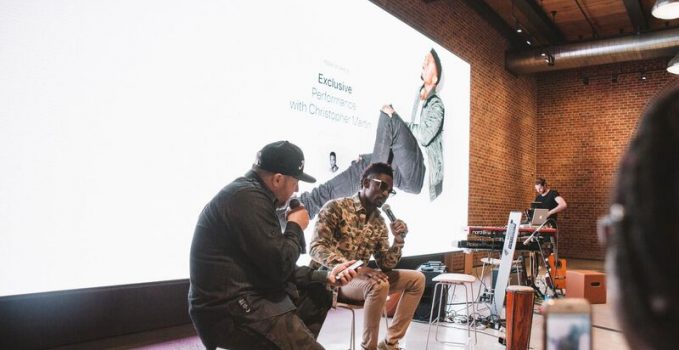 Christopher Martin and Estelle Wowed at Today at Apple 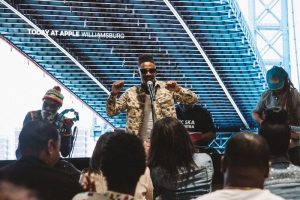 As part of the Today at Apple In-Store Initiative, VP Recording artist Christopher Martin did a live Q&A session and performance at the Apple Store in Williamsburg on Saturday May 20th. An hour earlier at the Apple Soho, songstress Estelle did a live Q&A and debuted her new reggae song ‘Love like Ours’ featuring Tarrus Riley, an exclusive track from VP Records forthcoming “Reggae Gold 2017” compilation album in stores July 21.

Christopher Martin spoke candidly about his early stages in life, mentioning he grew up on country music and had to sneak out of the house to listen to dancehall. After the live Q&A with music photographer, Jonathan Mannion, he took to the stage to perform crowd favorites ‘Cheater’s Prayer’, ‘I’m a Big Deal’, ‘Under the Influence’ and more.

British singer Estelle discussed her upcoming project with VP Records and her longtime adoration for reggae music. Born to a Senegalese mother and Grenadian father, she expressed that it was only natural to do a reggae album. Not new to the genre, the songstress has explored reggae with her hit ‘Come Over’ featuring Sean Paul, which she performed. She then closed her set with popular favorites ‘Conqueror’ and her first crossover single ‘American Boy’ featuring Kanye West.

Both artists held their showcases on the first weekend of the official Today at Apple launch, where guests can come see artists perform and promote their latest projects. Today at Apple also offers a variety of of live demos, lectures and demonstrations.