Philadelphia, Pennsylvania (MPR Consulting) – For rising recording artist Rob Diesel, the latter part of 2016 has been nothing but affirmative as the Rasta in America has seen the release of breakthrough single and video “My Love” received to positive feedback from music industry and rave reviews from his growing fans.

Rob Diesel’s whose motto states “Bringing life to music with party vibes and positivity ” has followed up with yet another hit bound track with “Ocean View”. The dancehall single laid on a maximalist production effort never misses a beat. The rhythm never stops building, and remains upbeat and fun, while Rob’s distinctive voice paired with sexy lyrics is almost too infectious to not move too.

Speaking on his latest release, Rob Diesel explained “Ocean View (Baby)’ expresses how the right woman can have the same effect of a beautiful ocean view, such as in the Caribbean. Though, it could really be any settings that puts ones life at ease for a moment.”, the artist added “The name of the riddim when I got it was ocean view. I freestyled to the riddim while I was driving and this is what came out of it. ” 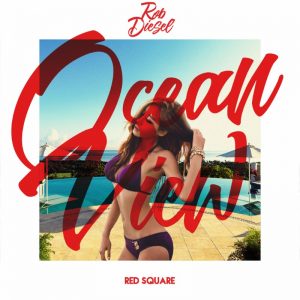