Kingston, JA: Some of biggest stars in the reggae industry including singer Beres Hammond, Capleton, Chronixx, Etana, Nadine Sutherland, Ibamar, Lloyd Parks and Queens Ifrica were in attendance at a private reception on Heroes Day, at the Pavilion at Hope Gardens in Kingston, Jamaica to honor VP Records’ executive Christopher ‘Chris’ Chin. Earlier that morning, Chin was the recipient of the Order of Distinction in the rank of Commander (CD) from the government of Jamaica for outstanding work in the music industry both locally and internationally.

In his short but passionate speech at the Reception, Chris said he was honored and humbled to be recognized. He thanked those who had helped him along the way, especial his father Vincent and mother Pat Chin (Miss Pat) who beamed as her son spoke. 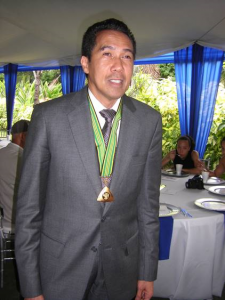 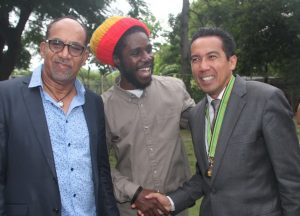 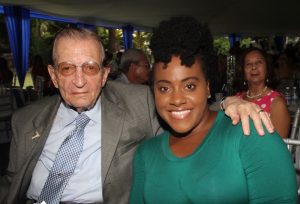 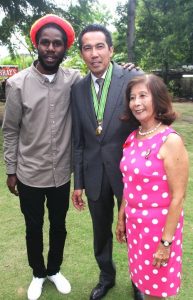