Posted On September 17, 2016 By alton In Competitions, Program Related With 1264 Views

The Gay Caribbean USA Pageant is billed as the most exciting pageant in Brooklyn. Who can deny that when energetic Drag and Transgender performers take to the stage, a long side other interesting acts for an explosive show.

The pageant is in its eighth year and the organizers are very proud of the event’s growth and success. Especially, since the pageant made its debut at a time when Caribbean Gay themed events were typically hidden away from the mainstream and held in the underground.

Bridging the gap of understanding between the Caribbean American Gay and Heterosexual Communities remains the goal of the Gay Caribbean USA Pageant.

This year’s contenders are Ebonee Excell of Haiti, Cindi Woods of the USVI, Jamaica’s Kalia Caress, Nya representing St. Lucia, Martinique’s Amaree Iman Richards and Honey Davenport of Trinidad and Tobago. They are judged under the following categories: Swimwear, Talent, Eveningwear and Interview.

Sugarcane Restaurant and the HEAT Program at SUNY Down State are the Official Supporters of the pageant. 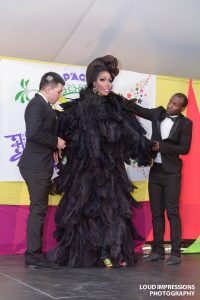 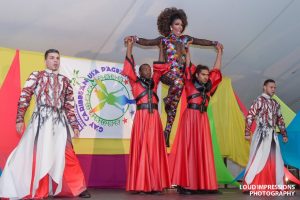