Now Ky-Mani is releasing a video to his smash hit single “Rule My Heart” from the Cure Pain Riddim.

The video, directed by Young Chang for Konfrontation Muzik and Good Good Production, shows Ky-Mani’s most vulnerable side by pouring his heart out. The touching song yanks at your heart strings as Ky-Mani sings to his lady love in a secluded and romantic setting. Ky-Mani sets the tone of how a man is supposed to intimately express himself to his significant other!

Ky-Mani has also been featured with newcomer, Sammy Wilk, on the track Light Up from the debut album “Ready for War,” and also collaborates with Gentleman on an entire album entitled, “Conversations” which features the song/video Sign of the Time.

Make sure to share this beautiful song with your friends!  Don’t forget to add Ky-Mani’s social media. 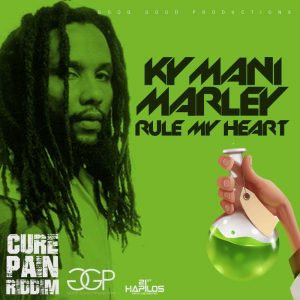