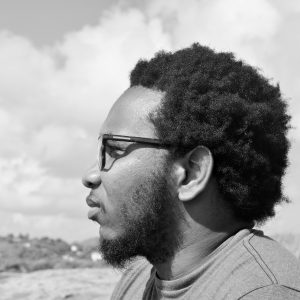 Emancipated Voices – New Generation of Caribbean poets echoes both the indomitable spirit of the descendants of those who resisted the institutions of slavery in the Caribbean and the struggle for social and economic justice throughout the Caribbean Diaspora.

Lucien has been featured at the Miami Book Fair and the Read My World Festival in Amsterdam.  Most recently, he was Writer-in-Residence at the University of the West Indies (Mona Campus).  Described as “a collection that is alive with its conscious tensions: between divergent family visions of respectability and revolt, tradition and modernity”, Lucien’s debut collection, Sounding Ground, was the winner of the 2015 OCM Bocas Prize for Caribbean Literature

Thornhill has curated and produced poetry videos for Russell Simmons’ All Def Poetry and has performed her poetry internationally in a variety of contexts across the US, Europe, Africa, and the Caribbean. Formally a lecturer at The Juilliard School, her ode to the folk legend Odetta in picture book form has been published by Scholastics.

Yanique, a professor at the New School, is an award winning poet and novelist.  Her poetry collection, Wife, is the winner of the 2016 OCM Bocas Award for Caribbean Poetry.  Author Christian Campbell, describes Wife as an “urgent book in which each poem is a “blood wedding deftly express(ing) a tough ambivalence—the risk of intimacy, the utter strangeness of love”.

A project of the Brooklyn-based Caribbean Cultural Theatre, Poets & Passion – A Caribbean Literary Lime platform has been a meeting place for Caribbean and Caribbean-American artists to share insights, creativity and heritage with immigrant audiences and the greater New York City community.  Designed for lovers of the magic of the written word, the platform has, over the past decade, featured over one hundred published writers in fiction and poetry in all the official languages of the region, Dutch, English, French; Spanish and related creoles.  Some of the more celebrated writers include Frost Medalist Kamau Brathwaite, Commonwealth Prize Winner Robert Antoni, and Man Booker Prize Winner Marlon James.