Miami, FL – July 20, 2016 – Jessi Campo, the Miami-based singer – songwriter who issued the digital-only single “Que Te Pedi” last week, has just released the accompanying full-length titled La Pasión de la Lupe. The album includes several remakes penned by the fiery Cuban performer La Lupe, who was known in the 1960s and 70s as the “Queen of Latin Soul”. The collection is now streaming on Spotify, and is available for purchase on Microsoft.com and Amazon.com. There are plans for a lyric video to accompany the first single “Que Te Pedi”, and a concept video for the single “Vivio La Vida”.

Produced by Jose D. Velazquez, the La Lupe cuts are legacy pieces for Jessi, who identifies with the artist’s passionate delivery and fiercely independent attitude. Campo’s father Giovanni worked with Tito Puente, famed Puerto Rican band leader and La Lupe producer. Now, a second generation of performers has worked together, as Tito Puente, Jr. co-produced “Que Te Pedi” and “Se Acabo”. Velazquez is credited as the musical arranger and producer for the album, especially for his conceptualization of the signature boleros so reflective of a period of timeless music.

“This album was an amazing undertaking because it was a challenge to sing these boleros – I really had to step up my game,” says Jessi. “I’m a Latin-American, bilingual singer-songwriter used to recording my own original music. I had to improve my vocal prowess and Spanish articulation, and finally found my vocal mid-range. Velazquez was instrumental in helping me find the perfect key for these songs in order to achieve a warm and sultry sound. The whole process made me have to be a better musician.”

Jessi says that for the first time she did not feel she was handling a project all alone. “I had some great people come on board and I am so grateful for their help and expertise, which resulted in me overcoming my challenges. This album captures the passion and emotional essence of all women, with songs so powerful that as I sing them, I feel they are mine, or maybe it is La Lupe transporting me back in time.”

Born in New York of Latin descent, Jessi Campo first began singing and writing songs on her guitar at the age of 12. Jessi’s specialty is to capture a memorable moment through her lyrics and interpretations so that each person who is present feels her music. As a bilingual singer-songwriter and accomplished entertainer, Campo has toured Asia extensively, and had a performance role singing in Hebrew in the feature film Striptease during a scene featuring Burt Reynolds.

Inspired by family, especially parents Giovanni and Nina, who performed with many famous Latin music icons such as Tito Puente, Perez Prado, Beny More, and more, Jessi has released four full-length recordings: How Can I (2000), 2013’s At Last, Con Corazon in 2014, and La Pasión de La Lupe (2016). Seven of her songs earned placement in the 2016 Dream Act legislation feature film called El Sueño, which premiered May 26 in El Paso, TX.

She produced a radio show called Straight from the Heart that webcast on iHeart Radio and WWNNRadio.com, as well as on terrestrial radio in Boca Raton, FL on 1470 AM. She will soon be performing at venues such as Casabe 305 Bistro in Coral Gables, Piano Hollywood at the Seminole Hard Rock Hotel & Casino, and at the end of August, she is off to New Orleans to perform at several venues including the House of Blues. An album release party is scheduled for Friday, September 9, 2016 at the Cubaocho Museum & Performing Arts Center (1465 SW 8th St, #106, Miami, FL 33135).

Her new release titled La Pasión de La Lupe includes La Lupe classics like “Que Te Pedi” and “La Tirana”, plus other Cuban boleros and some original material, including a heartfelt tribute to her father called “Vivio La Vida”. The exceptional production work of Jose D. Velazquez captured the essence of the traditional Cuban sound, with a crossover fusion, featuring collaborations with musicians from Spain, Los Angeles and Miami.

Staying true to her gift as a songwriter there are two original songs on this album which she called upon her longtime friend Michael NOMAD Ripoll to produce “Quiero Ser” and the song written for her father “Vivio La Vida“. 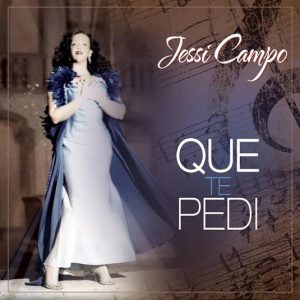 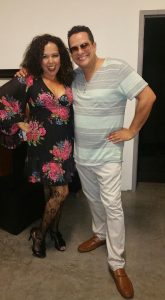