New York, NY (FOX FUSE) – Tuff Nut Studio delivers a massive collection of conscious reggae anthems on its new compilation Wake Up, The King Is Coming, available worldwide from all major digital retailers on July 29, 2016, with pre-order available now, from FOX FUSE. Based in Febeau Village in San Juan, Trinidad, Tuff Nut Studio was established in 2006 by radio personality and producer Michael “Master Mike” Samuel, who has been crafting reggae gems for over a decade now. Integrating a spiritual, natural take on reggae, and birthing an extensive catalog of hits spawned from over 20 albums, have earned Tuff Nut Studio acclaim at home and abroad. 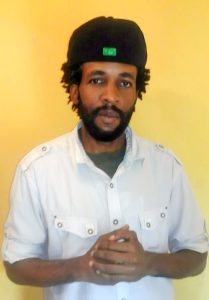 “Wake Up, The King Is Coming is a very spiritual album that was designed to let mankind know that our time is running out, that there is a God and that He is on His way,” reveals producer Master Mike. “Music is a very powerful tool and we, the members of Tuff Nut Studio, choose to use it to glorify the name of God and let the people of the world know to get on board. We’re calling all soldiers in Jah army to let’s put on the full armor of God and be a force for righteousness – wake up, the King is coming.”

Jammed with 16 conscious reggae jams, Wake Up, The King Is Coming features reggae stars and rising sensations in the budding Trinidadian reggae scene. It includes Ziggy Ranking with “On My Mind,” Marley Palmer with “Guide And Protect Me” J Dot Manswell with “Jah Is Coming Soon,” Jaron Nurse with “Came To Make A Difference,” and Reuben with “Rooted,” just to name a few of the inspirational reggae offerings. The album is a best-of collection of hits from the Tuff Nut Studio catalog, from the past year.

For more information on Tuff Nut Studio, visit Facebook.com/Tuff.Samuel, Twitter.com/TuffNutStudios or Instagram.com/DJMasterMike01. Please direct all media inquiries to the FOX FUSE Publicity Department at 212-300-3813 or contact@foxfuse.com. 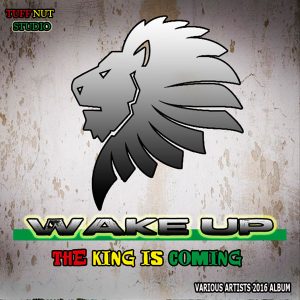