NEW YORK, NY (July 13, 2016) – Melodic echoes of Martinique will take center stage in New York for Bastille Weekend 2016 as renowned percussionist, multi-instrumentalist, vocalist, and composer Milo Cinelu debuts his new concert series entitled “Le Monde de Mino” (The World of Mino) at SuperFine Bar and Restaurant in Brooklyn. A former percussionist in the Miles Davis Band who has also collaborated with such headliners as Stevie Wonder, Sting, Kate Bush, and Lou Reed, Milo will showcase the full range of his personal musical journey in his new show, highlighted by his paternal heritage in Martinique.

“There is rhythm in everything in Martinique; the waves gently lapping at the shores along our Caribbean coast, the steady breezes cooling our mountain peaks, lively commotion in our local markets – there is music in all of it,” said Muriel Wiltord, Director Americas for the Martinique Promotion Bureau. “Mino’s music captures the spirit of Martinique, infusing it across a wide range of musical forms. The effect is pure magic, transporting all who hear it to Martinique in their minds.”

Cinelu’s credits include two acclaimed solo albums on the Universal label, Mino Cinelu (2000) and Quest Journey (2002). Film scores include the Oscar nominated Colors Straight Up (1997) and La Californie (2006), nominated for Best Film Score at Cannes. Most recently Cinelu headlined at The Blue Note, and was featured percussionist for Kate Bush’s Before the Dawn concert series and on Marcus Miller’s 2015 European tour.

For more on Milo, visit www.minocinelu.com

The Caribbean Island with French Flair, The Isle of Flowers, The Rum Capital of the World, The Isle of the Famed Poet (Aimé Césaire) – Martinique ranks among the most alluring and enchanting destinations in the world. As an overseas region of France, Martinique boasts modern and reliable infrastructure – roads, water and power utilities, hospitals, and telecommunications services all on par with any other part of the European Union.At the same time, Martinique’s beautifully unspoiled beaches, volcanic peaks, rainforests, 80+ miles of hiking trails, waterfalls, streams, and other natural wonders are the equal of neighboring Dominica to the north and St. Lucia to the south, so visitors here truly get the best of both worlds.

The currency is the Euro, the flag is Le Tricolour, and the official language is French, but Martinique’s character, cuisine, musical heritage, art, culture, common language, and identity are of a distinctly Afro-Caribbean inclination known as Creole. It is this special combination of modern world conveniences, pristine nature, and rich heritage that has earned for Martinique several notable distinctions in recent years, including being ranked in the Top 16 Places to go in 2016 by Condé Nast Traveler, named as a “Must-Visit” destination for 2015 by Caribbean Journal, “Best Caribbean Destination” by About.com, and “Top Caribbean Island for Delectable Dining” by Caribbean Travel + Life. The Bay of Fort-de-France, which fronts Martinique’s charming capital city, was also inducted into The Club of The Most Beautiful Bays in the World. Martinique’s storied history further stirs travel passions. Napoleon’s bride, Empress Josephine, was born and raised in Martinique, while the majestic Mt. Pelée volcano and St. Pierre, The Pompeii of the Caribbean, are found here.

A special place, to be sure, with so much to offer – Martinique c’est magnifique! 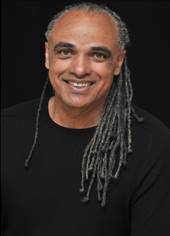