Caribbean entertainer Ricardo Drue has certainly stamped his name and the ID brand in the minds of the youth of Antigua. His recently concluded ID children’s event hosted at the Merryland Amusement Park on the island, has left a mark in the minds of many, proving that Drue is indeed one to watch when it comes to the business of soca and carnival.

The ‘Professional’ is carving his space in the industry. He says he’s bent on ensuring that even as his name solidifies, his business acumen allows him to expand his net worth; but amid even that, he sees this aspect of delivery as something necessary, something that connects him to the people in quite a different way.

A father of four young boys, Ricardo believes that more must be done to preserve ‘youth’. “Kids are growing up way too fast in many instances. It’s our responsibility as adults to show them just how amazing it can be to be young. We have to make sure they enjoy every aspect of their childhood and give them really safe, clean, happy times,” he said. IDland, as the event was called, was Drue’s first in what will be an annual event in Antigua- the island of his birth. Some 5000 patrons attended and according to the reviews coming in, smiling faces and excited looks could be seen everywhere. “Parents really enjoyed themselves with their kids. It was hard to tell who had more fun,” said radio personality, TJ of Vybz FM radio in Antigua. These memories, the artiste says, are the ones he would like to cement in correlation with his name.

Building the ID brand has been a journey. In the past three years, Ricardo Drue has carefully distinguished himself in the industry. He believes there is much more than meets the eye, when it comes to the business of carnival, a business that he feels all artistes can and should capitalize on. “This is just the beginning,” he explained, noting that a strong and sturdy brand, which he is building, should not be merely used for the satisfaction of one simple ideal. “I love performing. I love sharing my music, my passion, with fans, but I also think every entertainer or personality, should at some point, evolve into something bigger, something that assures economic sustainability for years,” said Drue.

Drue’s single, ID, which was released post T&T carnival 2016, has been receiving favorable reviews across the region. Having backed up the track with the perfect video, the vibe of the song has emitted the energy of soca music in quite an endearing way and this too was realized at IDland on July 10th when the singer took the stage.

In the past few months Ricardo and his team has toured the Caribbean without failure, delivering to fans, his usual energetic performance. At IDland on July 10th, Antigua’s young and vibrant were treated to numerous rides, and besides Drue himself, entertainment came from a number of local acts, among them, Kid Viscous, Baby Eve, magician Guerin Hunte and the Antiguan Dance Academy. “All proceeds of the event goes to charity,” said Drue. “I feel it’s simply part of my social responsibility as an artiste,” he added. He now looks forward to Antigua’s competitions and events, this as the island nears its carnival showcase. 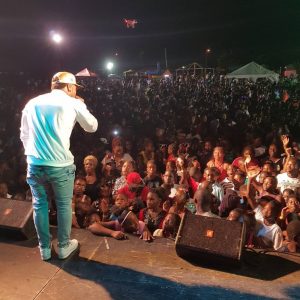 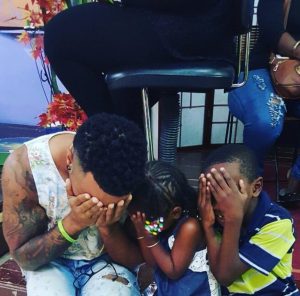 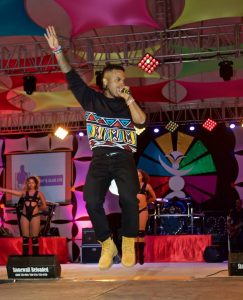