“Don’t Send Me Away is a reggae/r&b fusion remix of a 1980 song I wrote with the late Davy Morris and Jimmy Tindal originally released with Garfield Fleming on lead for Beckett Records that hit #2 BillboardR&B in the U.S. and #1 Billboard R&B in the U.K.” says Capsicum CEO and A&R Director Roger Meltzer. “I’ve wanted to do a reggae remake of it since starting the label in 2009. I co-produced this new version with Mellow who not only voiced the song for us, but he also sang all the background vocals and played all the instruments in his home studio. He’s like scary gifted.”

Meltzer met Jamal “King Mellowman” Clarke completely by accident through his mother, Detroit gospel DJ and renowned radio talk show emcee Dolores Sistadee Barbee who will also be voicing a song for Capsicumthis summer. She’d been playing Capsicum titles like Sweet C’s I Prayed and Someone To Believe In and Grace Thriller Shalli Burchell’s Only You Are Worthy on her radio station and sent him some songs her son had produced for her and for himself.

“It seems Mellow has been into music for as long as he can remember. According to his parents, he was singing even before he was talking. I knew instantly I wanted to work with these talented people” says Meltzer, “and this is but the first of what I hope will be a series of successful collaborations.”

Mellow has opened for and backed many artists such as: Gregory Isaacs, Shaggy, Shabba Ranks, EEK-A-Mouse, Sister Carol, Junior Reid, Ken Boothe, dub poet Mutabaruka, and seven time Calypso Monarch Arrow; he has also performed with a number of bands to name but a few, such as The Samaritans, The King David Posse, Ako-Ben, Level Vibes, The Nomads, The Basiks{ which he formed}, Trinidad Tripoli Steel Band.

Mellow has also had a candid interview with his dancehall idol Winston “King Yellowman” Foster with whom he hopes to record soon. He has also collaborated with Grenada calypso king Slinger “Mighty Sparrow” Francisco. Mellow has now formed a well versatile band called “Mellow Runnings” and not only do they play Caribbean music, but they are versatile in all genres of music. King Mellowman & Mellow Runnings are ready to show that even though the runnings now-a-days are hard and tough, the music that King Mellowman & Mellow Runnings display make the “runnings” smooth and ” mellow.” 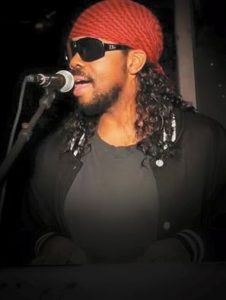 Listen to the song samples here below: