DASK ENTERTAINMENT, INC. – Sunday, June 26, 2016 – Dancehall Dancer, KaSheba, is making major strides as she gears up to launch her latest solo project. Shot in Brooklyn, New York; the videographer ‘on deck,’ was none other than Brooklyn’s own, UkaY Hipster—dancehall’s official videographer here in New York City (@ArtofUkay on Instagram).

KaSheba choreographed to the song, “Cry” by artist/dancer, BruKUp. For the filming, she wore the newly designed Summer 2017 “Spread Love Gang” collaboration tank endorsed by her clothing sponsor, Cooyah Clothing Inc., along with a black split-skirt and custom-made sneaker heels!

This video will be a very special feature because she choreographed it herself! KaSheba wanted to make sure her fans got a taste of what she loves about dancehall—and give that to her fans! This will be KaSheba’s third official video—whereas many of her posts are dancing along dancehall heavy-hitters, such as Tek Ravers from Ravers Clavers. This video showcases KaSheba’s unique style! Branded as the “Dancehall Diplomat” (because she does not belong to any particular crew but ‘holds vibes’ with all of them), KaSheba strives for unification in all arts and entertainment. Spearheading the “I Am Cooyah” campaign she joined forces with Dancehall Dancers from all over the world to bring positive awareness to Dancehall– as a culture. Sparking a dancehall movement,

KaSheba remains at the forefront and spotlight of creating that unique niche that has been missing in the industry. She continues to break barriers, by fusing the elements of who she is with the elements of Dancehall culture. “When we are ourselves, people can identify with that,” said KaSheba—when asked why she chooses to stray away from the standard, dancehall uniform: batty-rider shorts, middrifts and flat shoes when doing dancehall. “We create culture – culture doesn’t create us, that’s how we evolve.” KaSheba has other projects in the works. She stated, “I am so excited to be a dancehall dancer! I love to inspire people, both young and old. At the end of the day I want to know that my dancing became infectious…” KaSheba is available for bookings dance, modeling gigs and hosting opportunities alike. Be sure to keep up with her entertainment updates via Facebook, Twitter & Instagram @TVHOSTKJ. Also make sure to visit her site www.hollyworldtv.com 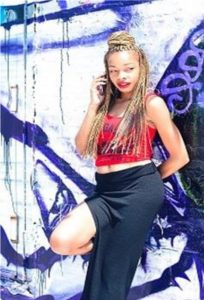 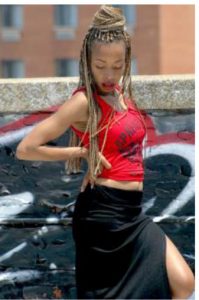 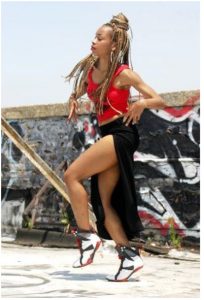 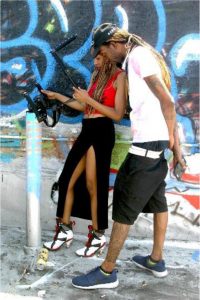