Born Nigel Theophilus Barnett in Bridgetown, Barbados, Statement evolved into a singer and songwriter in 2002 and has been sowing Caribbean sounds to fans around the world, ever since. “I love singing and I also have a very big passion for soca music,” states Statement. “I also used to write and perform reggae music, but I really got my recognition from soca music.”

Already massive fan favorites, “P.M.A. (Playin Mas Again)” and “3 Songs” were released for the 2016 Crop Over season – Barbados’ annual carnival celebration that is currently underway. The tracks earn him even more acclaim as both songs are currently charting in the top 10 on the iTunes Barbados Reggae Top Songs chart.

“P.M.A. (Playin Mas Again)” was produced by Hardware Muzyk and delivers a new carnival anthem for the masses, as it encourages revelers to play mas – the French-inherited tradition of dressing up in masquerade, while partying and parading on the streets during carnival festivities. “3 Songs” brings more romantic vibes for fetes and dance floors, and is the perfect soundtrack for wining, and was produced by De Men Musiq. Both up-tempo, groovy gems were penned by Statement, who says his music is based on his real life experiences and comes from his heart. 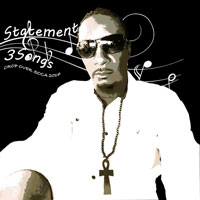 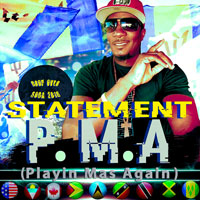