Aquarion Studios scores with two new smash songs from Shamak with “Action,” now available worldwide from all major retailers (released on May 27, 2016), and Skinny Banton with “Jab Forever,” available on June 10, 2016, with pre-order available now, both from FOX FUSE. Based in Grenada, Aquarion Studios is fronted by hit producer Alix “SandMan” Aird, who has been crafting hit tunes as a producer and artist, for years now. Both tracks were produced for Spicemas, Grenada’s annual carnival that is currently underway.

Formerly known as Sparky, Shamak’s energetic vocals is backed by the groovy and nostalgic Sokiwi Riddim, which officially kicks off the Spicemas season. Grenadian soca sensation Skinny Banton brings the new and profound jab jab anthem “Jab Forever,”which expounds on the emergence of jab jab, a rich heritage that is now ingrained in the music, culture and celebration of Spicemas.

“With deep lyrical meaning and an up-tempo beat, ‘Jab Forever’ takes listeners back to a time where our ancestors overcame many a hardship to eventually rise from oppression to freedom,”states Aird. “The victorious synth melody combined with the commanding drums and a liberating, mellow and mystical flute place the listener alongside those who celebrated their new-found freedom many decades ago. The message that rings clearest lies in the chorus, ‘And we will be black forever,’ fortifying pride for our origin, color and culture.” 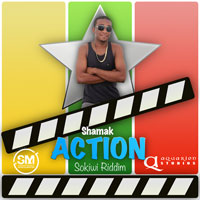 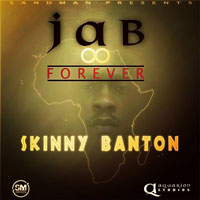