MOVE AND GROOVE TO THE ISLAND BEAT
WITH THREE OF REGGAE’S HOTTEST ACTS WHEN
GRAMMY-AWARD WINNER MORGAN HERITAGE,
MAXI PRIEST AND JUNIOR MARVIN’S WAILERS
COME TO THE BROWARD CENTER FOR THE PERFORMING ARTS 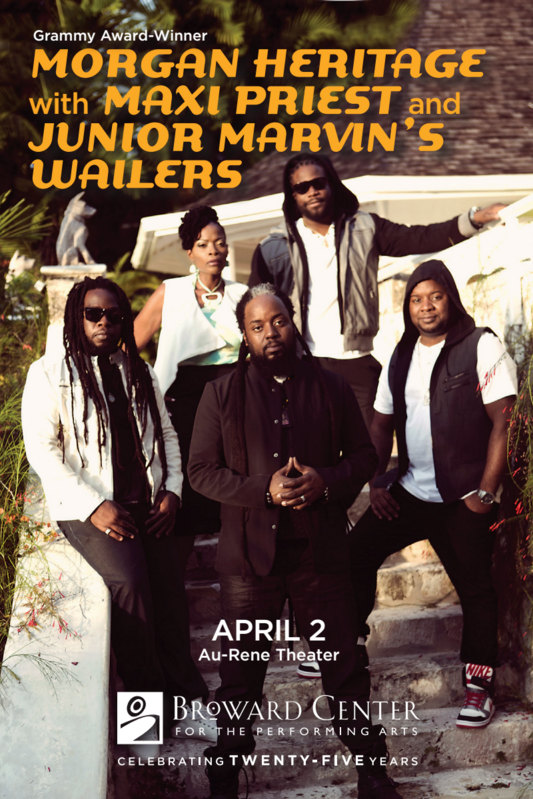 FORT LAUDERDALE – It’s three times the laughter and Jamaican jamming when Morgan Heritage, Maxi Priest and Junior Marvin’s Wailers perform in one unforgettable concert on April 2 at 7:30 p.m. in the Au-Rene Theater at the Broward Center for the Performing Arts.

Maxi Priest is an artist whose own unique vision and reggae fusion sound have led him to tremendous international success, being the