P.O.S. Trinidad (Sonique Solutions) – The latest addition to Trinidad and Tobago’s Carnival fete calendar, the ultra premium inclusive event ‘Finesse’ proved that first-rate feting experiences were not only confined to the boundaries of Port-Of-Spain as it unveiled an all new, chic Soca music-filled soiree set to the backdrop of the nation’s Central Range.

Finesse made its debut last weekend at the picturesque La Vega Estate in Gran Couva. Several attendees hailing from various parts of T&T eagerly came out ready to party to pulsating music but also to experience one of the country’s most renowned nature spots creatively transformed into a true Soca paradise.

The poolside event was produced by events outfit Green House Entertainment which is known for its signature cooler party ‘Cooler Park’. The producers pulled out all the stops to create a relaxing yet festive Carnival mood within the lush, secluded ambiance.

The fete offered a culinary mix which stood up to true all-inclusive event standards and represented the eclectic tastes of partiers in attendance. Matching this was the collection of top shelf liquor and beverages which was available at the various bar stations strategically placed across the venue.

Most notably, Finesse featured the newest premium spirit on the market, Meukow Cognac.

In between trips to the multiple foods and bar stations, the fashion forward feters congregated at the poolside dance floor to party with the event’s cast of excitable DJ’s.

On the live entertainment side, Finesse brought forward performances by DJ turned Soca artiste 5 Star Akil who had the crowd moving to his 2016 smash “Different Me” along with classics such as “Partier”, “To Meh Heart” and “Noise”.

2014 Groovy Soca Monarch Kerwin Dubois continued the onstage action with his catalogue of current and previous hits which sent the audience into a state of Soca ecstasy.

Rounding off the entertainment card was the performance by 2015 Chutney-Soca Monarch Ravi B and the band Karma. Ravi along with co-singers Krystal Khayne and Abbyshi and his young band of musicians kept the crowd dancing and singing to a collection of old school Chutney and Soca favourites combined with 2016’s biggest Carnival tunes.
Regarding her event experience at ‘Finesse’ one patron shared, “I enjoyed the fete and all its exceptional features and entertainment but I particularly love the use of La Vega for this event and I’d certainly want the promoters to put together another similar party experience in this neck of the woods”.

By all accounts Finesse scored major points on the 2016 feting scale due to its creative Carnival vibe, premium party atmosphere, top notch entertainment and gorgeous venue. 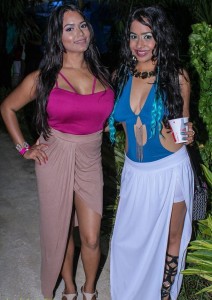 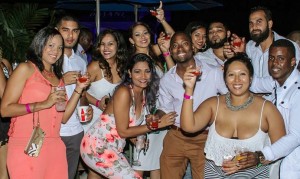 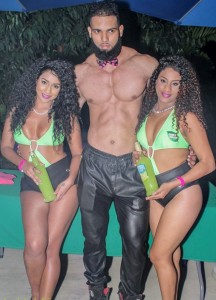 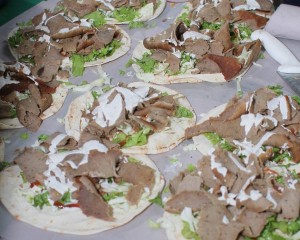 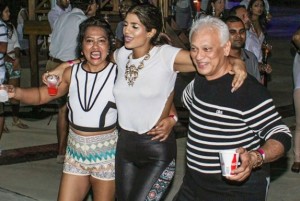 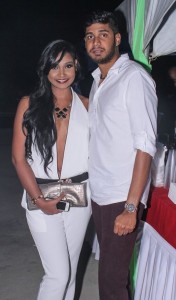 The duo poses at the chic Soca music-filled soiree