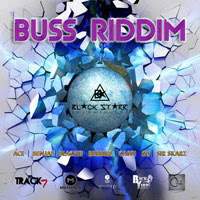 Blackstarr Productionz explodes with its new soca compilation Buss Riddim, available worldwide from all major digital retailers on December 4, 2015, from FOX FUSE. Based in Trinidad and Tobago, Blackstarr Productionz is captained by producer Arnold Noel, who has been producing music for over four years now.