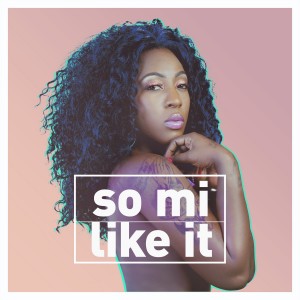 Known for her lethal lyrics, daring stage performances and fiery bravado, Jamaican dancehall sensation Spice releases her eagerly-awaited debut EP So Mi Like It today (December 2) on VP Records. The digital-only EP showcases her skills with a new selection of her most buzz-worthy anthems as well as exclusive material.

Listen to EP and watch all her videos here:

On the 5-song set, Spice knows what she wants and has no qualms expressing exactly how she feels. She takes the reigns in and outside the bedroom on songs like “So Mi Like It,” “Go Go,” “Conjugal Visit” featuring Vybz Kartel and the brand new track “Whine Inna Di Dance” that is “beaming with empowerment” according to Wondering Sound. There is no holding back with Spice. She even flips the script on “Like A Man” – the tell all about being a female in the male-dominated industry.

Spice also teamed up with A$AP Ferg on the new mixtape Ferg Forever dropping two verses on his track “Jolly,” which features Bunji Garlin as well.

Spice is reaching numbers that are unprecedented in the genre. She has over 10 million views mark on her VEVO channel for “So Mi Like It.” The song and video for “Conjugal Visit” featuring Vybz Kartel debuted simultaneously last month on World Star Hip Hop. The video already has over 3 million combined views, proving that Spice’s presence and demand is undeniable.

Spice will tour in support of the new EP So Mi Like It. Dates are listed below and more will be announced at a later date.