Posted On September 18, 2014 By alton In Music Reviews, Music-News Radio With 877 Views 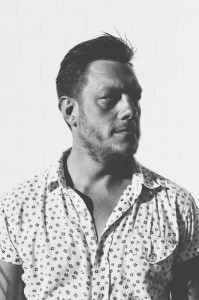 Jacob Dillan Summers has been many things. A sheltered fundamentalist Christian kid. A world champion drumline drummer. A marine. A lovesick transpant to icy Alaska. This is the story behind Avid Dancer – the nom de musique under which Summers is releasing Avid Dancer’s debut EP I Want to See You Dance, out October 21st on Grand Jury. Noisey debuted the title track today, noting that that it is “the meeting point between Hot Chip’s slightly detached, laidback synth-pop and the super cool scuzz of The Dandy Warhols.”

The songs on the EP are some of the most kaleidoscopic, distinctly individual – and above all, honest- pop music you’ll hear all year. During the songwriting process, Jacob Dillan Summers would start with rhythms he’d create on percussion. This process ultimate gave his material a righteous rhythmic heft across the board – from the highly danceable “All the Other Girls,” which appears as a psyched-up drum circle on Dance, and the smoky torch-soul ballad “Stop Playing With My Heart.”

Even when Avid Dancer’s music does evoke artists, say – from the vintage electro-disco pulsating through “I Want To See You Dance,” to the hushed Elliott Smith acoustics of “Medication (Demo)” – it’s a happy coincidence. Raised in a strict Christian household, Summers was forbidden to listen to any secular music until his late teens; as a result, his musical discovery remains ongoing. “Growing up before the Internet, I was cut off,” he notes. “I wasn’t even allowed to watch MTV! I lived in an alternate reality.” I remember sending some songs to a friend and he said, ‘Dude, you remind me of The Kinks.’ I thought they were maybe a new band, but when I listened to them I fell in love with their music. Another time, I got compared to Elliott Smith, and then I got really into him.”

Avid Dancer will play a run of shows in North America this fall, including NYC’s CMJ Festival. All tour dates can be found below.