MAXI PRIEST HITS THE ROAD ON HIS INTERNATIONAL TOUR

IN SUPPORT OF NEW ALBUM EASY TO LOVE

“warm enjoyable collection of reggae, suited for summer chill-out sessions…should appeal to R&B fans just as much as it appeals to Priest’s reggae core”
– ABC NEWS

“Maxi hit his groove…music that soothed the soul”
– HUFFINGTON POST 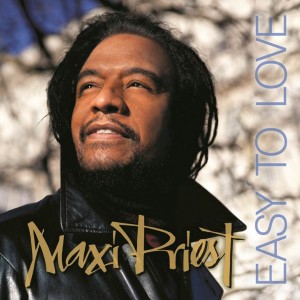 With over 15 million albums sold worldwide, multiple Grammy nominations and top 10 Billboard hits (including the No. 1 smash “Close To You”) – the most successful solo act in British reggae history Maxi Priest continues to hit the road throughout this summer and fall in support of his first studio album in almost a decade Easy To Love (VP Records). This past Monday (Aug 11), he performed to over 20,000 people at VP Records Presents Reggae Night at the free annual Martin Luther King Jr. Concert Series in Brooklyn, NY. Throughout the year, the legendary singer will play in Canada, U.S., the Caribbean, Papua New Guinea and United Kingdom. See remaining tour dates below.

Easy To Love is a fine representation of pop, reggae and R&B blended together in one set. The title track was a No. 1 hit on reggae charts last summer, evidence that Maxi Priest has a gift for staying fresh. “Hearts Across The World” is a song for our times and pleas for people of all races to love one another. The soulful “Without A Woman” features Jamaican legend Beres Hammond and even echoes the themes and intensity of James Brown’s “It’s A Man’s Man’s Man’s World.” Maxi continues to tug on women’s heartstrings with irresistible tributes of enduring affection on “Loving You Is Easy,” “Holiday” and his rendition of John Mayer’s “Gravity” (which recently premiered on Wall Street Journal’s Speakeasy).