Posted On August 9, 2014 By alton In Interviews, News, Program Related With 720 Views

Toronto, ON – The successful and highly respected CaribbeanTales International Film Festival (CTFF) celebrates its 9th annual edition in 2014.
This unique event which takes place in the metropolitan city of Toronto from September 3rd to 13th will highlight the many facets of Caribbean culture via film as well as provide a platform for the regional film industry’s future development.

Under the theme, “Our Lens, Our Perspective” the CTFF aims to build capacity for a film industry in the region and continues to increase markets and audiences for Caribbean stories and films.

This year the festival will offer such films as “The Glamour Boyz Again! Sparrow and Superior on the Hilton rooftop”, “Poetry is an Island – Derek Walcott”, “Kingston Paradise” and “Forever Ever: The Killing of A Revolution”. In addition to featuring films and filmmakers from the Caribbean Diaspora (including several world premieres), this 10-day extravaganza also boasts an Incubator program for burgeoning filmmakers, meet and greet sessions with film producers and actors, and strategic networking events.

The 2014 edition will be executed alongside the famed Toronto International Film Festival (TIFF) which gives the CTFF’s entries the opportunity to be showcased to large international audiences of film-goers and industry personnel which are not only open but eager to viewing independent and foreign productions.

The CTFF is supported by a solid team of filmmakers and other individuals who have been connected to the international film industry. The initiative is spearheaded by Executive Director Frances-Anne Solomon who created the festival with the goals of branding Caribbean Cinema and creating innovative avenues to showcase it to the World.

According to Festival Director Malinda Francis, “We at the festival strive to screen and explore that is authentically a Caribbean voice and Caribbean point of view. We endeavor to continually gather and showcase stories from all over the region and its Diaspora and give patrons an experience that is genuinely Caribbean.

The CTFF is already causing high anticipation in Toronto and much like previous years, is expected to attract audiences (Caribbean and Non-Caribbean alike) from various parts of the North-American Diaspora. En route to the official Sept. 3rd commencement the organizers are already enticing festival fans with free community screenings around the Toronto area.

Sponsors and partners for this year’s event include: The Toronto Consulate General for the Republic of Trinidad and Tobago, Telefilm Canada, Trillium, University Of Toronto, TIFF Lightbox, Hot Docs, West-Side Arts Hub, Antigua, Grenada, and St.Lucia Tourist Boards.
The 2014 CaribbeanTales International Film Festival runs from September 3rd to 13th at the state of the art Royal Cinema, 608 College Street in downtown Toronto. 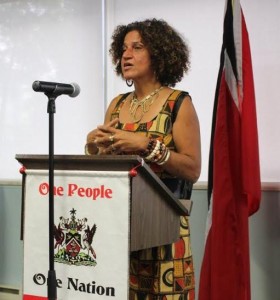 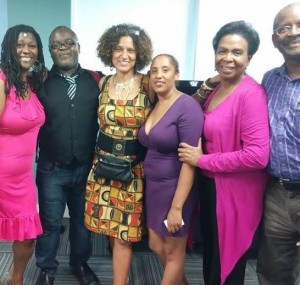