IAAN’s mission is to equip African, Latin and Caribbean NGO’s with trainings, resources and information. This Summit is focused on the African NGOs who will meet with various relevant and distinguished leaders to discuss good governance (what improvements have been made and what needs to be done in the future), transparency in private and public sectors as well as business and their need to address moral responsibility to society, particularly citizens in the area where they operate. Some of the distinguished invited guests include: President Uhuru Kenyatta of Kenya, President Ellen Johnson Sirleaft of Libeia, H.E. Ambassador Charles Hubert – Commonwealth of Dominica, Mr. Alhaji Dangote, Dangote Group, Mr. Lee Karuri, Home Afrika and Mr. Mamadou Beye – Chevron International Manager for Africa.

Over the past five years, Dr. Hill has maintained a relationship with several NGOs in African countries such as Nigeria, the Republic of Benin and Cameroon.

Dr. Hill shares successful business practices with leaders by connecting them to capacity building strategies, trainings, government partnerships and public/private partnerships both nationally and internationally. Having liased with heads of state including His Excellency, President Macky Sall, His Excellency, Governor Liyel Imoke, worked with President Bush’s White House Office of Faith and Community Initiatives as well as Governor Martin O’Malley, Dr. Hill has a distinct understanding of policy, transparency and protocol which she shares to aid leaders moving forward. 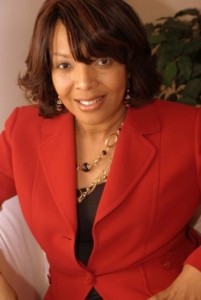