Fresh from his musical exploits at May Fest 2014, Grand Cayman and the holy land of Israel where he delivered a pair of concerts in Tel Aviv and Jerusalem, red hot deejay Demarco has once again taken flight this time for the French Caribbean nation of Martinique to headline their annual carnival celebrations this weekend.

No stranger to the French speaking island perched in the Lesser Antilles the blonde-hair singer says he is not intimated by the language barrier as he has grown accustomed to performing for diverse audiences across the globe.

“I’m not intimidated in the least by the language barrier, actually I embrace it , I’ve found in my travels that people who speak a different tongue are sometimes some of the most loyal and passionate fans an artiste can have. They always support your concerts and know the words to your song(s) though they may not necessarily understand the meaning. Music has no boundaries so why should I limit myself.” – Demarco added.

Following his stint in Martinique the ‘Fren Circle’ singer and his team will shift focus to a second assignment in Antigua before returning to the island later this week to continue work on his online reality series ‘Talk Yuh Mind’.

Riding high locally with hits such as Apartment, Loyal, Ride, Lazy Body and Continue Whine Demarco only days ago rolled out the official campaign for his latest street banger ‘Good Book’ which has become a staple on the playlist of most top tier jocks.

The Zj Liquid (H2o Records) produced single has been causing quite a stir on the airwaves and party circuit amid threatening the apex of the popular charts. Based on feedback from industry players the song is destined to become the next bonafide hit for the Jamaican. 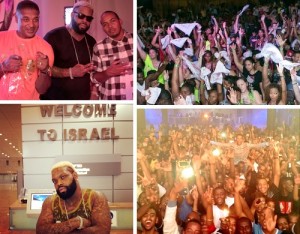