Posted On May 15, 2014 By alton In Music Reviews, Music-News Radio, News, Program Related With 626 Views

“I have no doubt that these enigmatic Caribbean artists will electrify the crowd and make an indelible mark on the event,” said Senator Ricky Skerritt, Minister of Tourism & International Transport. “Machel and Destra are no strangers to the St. Kitts Music Festival, and it is not by accident that we keep inviting them back.”

Machel Montano is a Trinidadian soca singer, record producer and songwriter. He is the frontman of the popular HD Family soca band and is noted for his high energy, fast-paced on-stage performances. During his career, which spans over 30 years, he has recorded several songs alongside many of Caribbean music’s most popular acts including Wyclef Jean, Shaggy, Sparrow, Pitbull and more. Machel’s band was developed and re-invented by its leader several times, including as Xtatik, The Xtatik Circus and also The Road Marching Band, to name a few.

“Explainer” is known for his hits Lorraine, Not Me and The Monarchy and Heroes. Skinny Fabulous is an energetic soca artiste from St. Vincent & the Grenadines, well appreciated for songs including Summer Body, Badder Than Everybody and a collaboration with Machel Montano called Fetting On.

Elvis Crespo is an American-born Puerto Rican Grammy and Latin Grammy Award-winning merengue singer. His popular songs include ‘Suavemente,’ Pintame and Sopa De Caracol – Yupi which features Pitbull. The Thursday night line-up will also feature the local Small Axe Band, who have thrilled opening night crowds at the St. Kitts Music Festival on numerous occasions in the past.

Currently, the destination is ranked #4 on a list of the 10 Best Islands in the World and #2 on a list of the 16 Best Caribbean Vacations by US News & World Report. In 2012, St. Kitts was named one of “5 Caribbean Islands to Discover Now” by MSNBC. It was named one of the “Top 12 Spots that should be on your list for 2012” by Caribbean Travel + Life magazine and the island’s Brimstone Hill Fortress was listed as one of “10 Great Places To Explore The World’s Best-Kept Secrets” by USA Today. St. Kitts was also noted as a top destination for 2011 by both AOL Travel and British Airways.

Located in the northern Leeward Islands of the Caribbean, it offers a diverse tourism product developed from the destination’s natural beauty, cultural heritage and rich history. The island’s stunning variety of tourism attractions include hiking through the tropical rainforest, riding the scenic railway that connects the island’s former sugar plantations, visiting the Caribelle Batik factory, touring Brimstone Hill Fortress National Park, the only man-made UNESCO World Heritage Site in the Eastern Caribbean, and more traditional vacation pastimes such as watersports, golf, shopping, tennis, gourmet dining, gaming at St. Kitts’ exclusive casino or simply relaxing on one of the island’s sandy beaches. Accommodations range from intimate plantation inns to larger hotels and resorts. 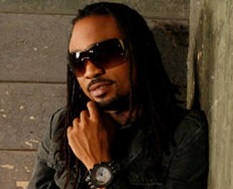