Posted On May 14, 2014 By alton In Music Reviews, Music-News Radio, News, Program Related With 726 Views

New York, NY – Reggae sensation Hezron delivers the hits with his massive double-disc debut album, The Live I Live(d), available worldwide on May 27, 2014, with pre-order available now, from Tad’s Record. Born Hezron Clarke in St. James, Jamaica, this talented and accomplished vocalist and lyricist has been steadily building a name for himself over the years. He first earned his musical stripes by performing in his church choir as a child and later transitioned into R&B as a young adult, after migrating to the United States. As he matured and realized his musical roots were deeply embedded in the rich reggae vibrations of his homeland, Hezron was compelled to return to Jamaica to fulfill his destiny as a prolific reggae artist. Respected by his industry peers and adored by fans, this captivating entertainer now sees the international release of his debut studio effort – a tremendous feat and benchmark in his already distinguished journey.

Anchored in reggae’s scorching drum and bass backbeat, The Life I Live(d) delivers an organic and richly textured sound through its double-disc format, which boasts 26 reggae gems, with an equal split of 13 singles on each respective disc. The first single “Can’t Tek Di Pressure” is an acoustic jewel, and both the single and video have already been released and have been enjoying steady airplay across media channels on reggae platforms globally. The second single “Check” is a classic, rootsy tune for the ladies, and its video is currently in production and will be released in the coming weeks. In addition to fan favorites such as “So In Love,” “Forever And Always,” “We Can Feel Alive,” “Jammin’ Till A Morning,“ “Hussle Affi Gwaan,” “Those Days,” “Needy And The Greedy” featuring renowned dub poet and radio personality Mutabaruka, dancehall superstar Shaggy shines his light on “Two Places,” cementing The Life I Live(d) as a collector’s item for reggae lovers and music fans everywhere.

“The Life I Live(d) has been a labour of love, sweat and tears,” reveals Hezron. “‘Love’ for the people who assisted and encouraged me – from my family and friends, the musicians, producers and record labels, the radio and media personnel. ‘Sweat’ for the late night hours at the studio and ‘bruk’ pocket stories. And ‘tears’ for when I see how people really embrace and can identify with my music and lyrics. It makes me feel good inside and know, deep down, that this is all worth it, albeit a long time coming.”

“The title The Life I Live(d) aptly describes what I feel about this album,” he continues. “Every song is a testament to the way I live – what I envision, what I feel and what I hear – all around me, and the many experiences in my own life. I have now come full circle and this is the most opportune time in my career for this album.”

“Hezron is one of the most soulful reggae singers in Jamaican history and to me, he is the Teddy Pendergrass of our beloved genre,” states Tad Dawkins, President of Tad’s Record. “He is very dedicated to his craft and this album was well overdue to showcase to his fans and the world, the diversity and swag of this Hezron.” The label initially started with a normal one-disc album plan but changed that formula after delving into Hezron’s vast and versatile catalog of hits. “We decided to do a double-disc album because after completing the initial track listing, we went through his catalog of songs and realized that it would be an injustice to not add more songs, which truly represent the soulfulness of reggae at its best.” 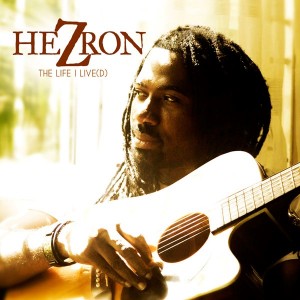