Canada’s most awarded Reggae artist, Exco Levi is in Europe as he readies for his tour which covers 8 cities in a span of 2 weeks, and while on tour, his label, Penthouse Records releases his EP Words of the Wise on the VP Records imprint.

Continuing his fruitful relationship with Silly Walks Discotheque (producers of the songs “Storms of Life,” and “Strive” featuring Kabaka Pyramid which won the 2013 and 2014 Juno award for Best Reggae Recording), Exco and Silly Walks will perform several songs including material not yet released to the public. About the tour, Exco says “I can’t wait to perform for the people. They are the reason why I make the music, so performing for them is always special. Europe here I come!”

In addition to Exco’s tour, the artist actively shared via social media his good news of a new EP called Words of the Wise which will be released to all major digital retail outlets on April 29th, 2014. The project was produced by Donovan Germaine and team at Penthouse Records via the VP Records Imprint.

The 7 track EP includes songs previously released “Bleaching Shop,” “Life in the Factory,” “Save the Music,” “Walk Wide a Mi,” “Ready Fih Revolute” and “Can’t Live Without God” as well as an exclusive, “Under My Sheets” which has not been previously released. Donovan Germaine, CEO of Penthouse Music feels that Exco’s music “has been well received by music lovers who appreciate Reggae and want more from him. We are pleased to give his fans this album and we are confident that they will not be disappointed!”

While on tour, Exco will be promoting his album. 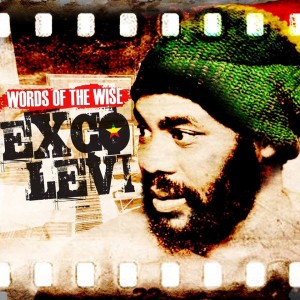