VP Records is happy to announce that Trinidadian soca vocalist and songwriter Fay Ann Lyons has signed to the Caribbean music record label for a multi-album record, publishing and merchandise deal.

“We are thrilled for Fay Ann to join our artist roster. She has a spark on stage that is innate and can’t be duplicated. The multi-talented artist has already made history as one of soca’s brightest stars and we are looking forward to spreading the movement worldwide,” states VP Records CEO Chris Chin.

Fay Ann adds to the excitement, expressing that she is “glad to be part of the team and let’s get to work!”

Fay Ann Lyons is already a superstar in her native country and across the Caribbean. During Trinidad & Tobago’s Carnival season’s annual competitions, Fay Ann has set the record as the only female artist to score the Carnival Road March title three times, taking the crown in 2003, 2008 and 2009. In 2009, she also won International Soca Monarch in Groovy, People’s Choice and Power category and is the first soca artist ever to win that soca ‘triplet’ of titles. In addition to these feats, she has taken home 17 awards between the COTT (Copyright Organisation of Trinidad and Tobago), NACC (National Action Cultural Committee Trinidad and Tobago) and SAO (Soca Awards Organization).

The Point Fortin, Trinidad native has soca in her DNA. Her father Superblue, a soca legend who has won the Carnival Road March title nine times and Trinidad Soca Monarch competition seven times, was instrumental in honing Fay Ann’s skills as a songwriter and performer. She became a front-liner for the band Invazion led by Naya George and today is an official member of the Asylum band (previously known as “Censation”), founded by her husband and soca royalty Bunji Garlin.

In 2014, Fay Ann continues to tour worldwide and will begin recording her first solo full-length album on VP Records. 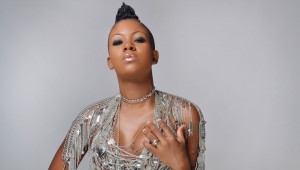