To gear up for his upcoming summer album, Stephen “Ragga” Marley will kick off his Revelation Part II: The Fruit of Life Tour in Saint Petersburg, FL on April 12. Jo Mersa Marley, who is dropping his debut EP Comfortable this Spring, and Wayne Marshall, who is supporting his new album Tru Colors, will also join him on the road to perform in over 30 cities nationwide throughout April and May. Stephen, Jo and Wayne are all a part of the Ghetto Youths International label.

Stephen “Ragga” Marley, the 8-time Grammy-winning artist and Bob Marley’s son, is gearing up for his summer album Revelation Part II: The Fruit of Life, released on his label Ghetto Youths International (which is co-owned with his brothers Damian and Julian). His forthcoming album is the second installment in a two part series, following his 2012 Grammy-winning Best Reggae Album Revelation Part I: The Root of Life. Whereas The Root of Life is a celebration and preservation of roots reggae, filled with powerful messages, enriching spirit and live instrumentation, The Fruit of Life will utilize a diversified sonic palette to express the far-reaching impact Jamaican music has had on various genres, especially hip hop. The new album features a variety of guest collaborations with Rick Ross, Dead Prez, Rakim, DJ Khaled, Busta Rhymes, Wyclef Jean, Shaggy, Black Thought (of The Roots), Bounty Killer, Sizzla, Capleton, Damian “Jr. Gong” Marley, Ky-mani Marley, Jo Mersa and more. Stephen will get back on the road in the U.S. with Slightly Stoopid throughout the summer to promote the new album. 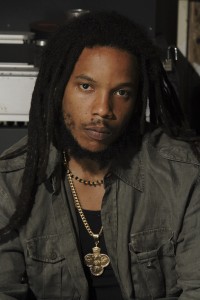