Marie-Claire to be honoured by NAACP

Bronx NY – Last Saturday 15th March 2014, the Williamsbridge branch of the National Association for the Advancement of Colored People (NAACP), will as part of their Women’s History Month celebration, honour Dominica-born singer marie-claire, in recognition and celebration of her extraordinary accomplishments and service to the community. 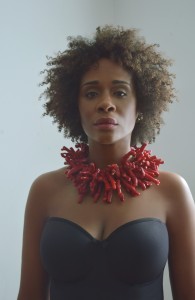 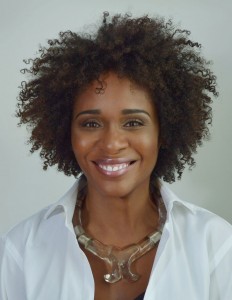 “marie-claire is a singer without limitation who is accomplished in several genres and we say bravo to her and welcome her into the group of honorees,”

A regular act at New York jazz hot spots Farafina Cafe and Lounge as well as the Metropolitan Room; marie-claire is oftentimes backed by her own jazz quartet. She has performed throughout the New York City area including representing the borough of the Bronx as a finalist at the 2013 Battle of the Boroughs and performing the American national anthem at a New York Nets vs. Detroit Pistons basketball game in the newly built Barclays centre in Brooklyn. In January 2014, famed American composer John Harbison gifted marie-claire with 4 unique compositions to which she is currently penning lyrics. The Pulitzer Prize award-winning Harbison said he was “priviledged” to compose music for marie-claire who he described as “an abundantly talented singer” possessing “a genuine contralto voice and magnetic stage presence.”

marie-claire moved from Dominica to the Bronx at age 4 and returned to the Nature Isle in to explore her familial and musical roots. While on island she hosted and produced a video countown show and spearheaded and co-organized the Year of the Child Concert series. She has performed at several festivals and concerts throughout the region including Jamaica Jazz and Blues Festival (Jamaica), Love is all we Need Concert (Antigua), Jazz on the Green (St. Vincent) and le Voces de Jazz Festival (Columbia).

Prior to making her operatic debut at Carnegie Hall, marie-claire was classically trained at the Conservatory of Santa Cecilia in Rome and still continues to perfect her vocal instrument. She has to-date released an EP entitled dreamland which features the operatic versions of well-known reggae songs “dreamland” and “rasta man chant” (featuring Spragga Benz), as well as “constellation” as song penned for her by famous Jamaican singer/songwriter Bob Andy.

Along with marie-claire, the NAACP will also recognize 6 other outstanding honoree: Janet Hunter, a workforce development coach affiliated with Albert Einstein College of Medicine; Evern Gillard-Randolph, Founder of Grandparents around the World Productions, Inc; Dr.Gloria Bradshaw, Pastor of the Mt. Bethel Baptist Church in Harlem; Pamela Johnson, President of the School Board and Executive Director of Urban Neighborhood and the Eastchester Heights Community Center; Latisha Russaw, Mayor’s Office of Veterans’ Affairs Military Liaison and Angelique Banks-Coleman, Director of Christian Education and Minister of Music and Worship Arts at Burke Avenue Baptist Church.