Fresh on the heels of the Jamaican bobsled team’s participation in the 2014 Sochi Games, the man who played a Jamaican bobsledder and wrote the theme song in the now infamous movie, “Cool Runnings,” is set to attend the biggest investment summit on the Caribbean outside the region, Invest Caribbean Now, (ICN). 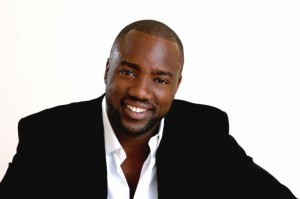 Hollywood actor and activist, Malik Yoba, will be among the top attendees at this year’s Caribbean Week in New York summit, set for June 4, 2014 at the prestigious Harvard Club of New York from 11:30 a.m. to 6:30 p.m.

Yoba’s attendance expresses his support for the Summit’s goals of sustainable development and investment towards building a stronger more economically viable region for the next generation and for Caribbean American Heritage Month in the United States.

Thirty-plus acting credits have solidified Yoba’s status as a distinguished Hollywood actor. He has starred in a number of hit TV shows and movies including his groundbreaking role in the drama series ‘New York Undercover’ along with films like Tyler Perry’s ‘Why Did I Get Married?’ and its sequel.
Aside from acting, Yoba keeps busy with his heavy involvement in youth activism and mentoring. He has educated and inspired urban youth through a variety of projects encouraging them to express themselves creatively and reach their full potential.

Yoba will be attending with his mother, Mahmoudah Young, the co-author of-the coming of age memoir, “The Screw Factory.”

WHO’S WHO FOR ICN

Harvard, Princeton and Colombia graduate and Caribbean-born scholar, Dr. Isaac Newton will deliver the keynote address on the issue of economic development and global investment outreach while Woody Wilson, designer to stars like Brad Pitt, Matt Damon, Dwayne ‘The Rock’ Johnson and Terrance Howard, will launch his Tropical Collection for the Caribbean.

An exclusive Diamond Dinner has been added to this year’s summit for only 20 people who will include Malik Yoba, Gordon ‘Butch’ Stewart and Woody Wilson.