Mr. VEGAS RELEASES VIDEO FOR OUT A ROAD MEDLEY

Mr. Vegas, Wickerman, Mr. Lex, QQ and Famous face have all teamed up to release the medley video for the Out A Road Riddim on which they appear. The video, shot by Terminal 4 Media, was filmed in various sections of Half Way Tree and Red hills Road.

Featuring some of the most relevant names in Dancehall Music today, the Out A Road Riddim medley video is a visually pleasing composition.

Mr. Vegas leads with the title track dubbed Road, which sees him as a taxi driver plying the Half Way Tree to Red Hills route. In the video Mr. Vegas humorously chronicles some of the challenges facing modern Jamaica.

Mr. Vegas is followed by Wickerman for his contribution called Box, Mr. Lex with How She do it, Famous Face with Dead Fi Yuh Body and QQ with Bounce Around.

Not included in this video is the track by Assassin called Woe Be unto Them and Squat by Mr. Vegas. Videos for these will follow.

The Out A Road Riddim Medley Video is another in Mr. Vegas’ recent efforts at rejuvenating positive Dancehall based on fun and humor rather than violence and aggression. 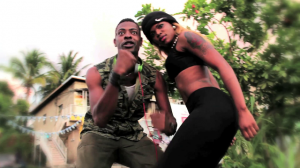 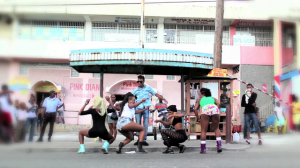 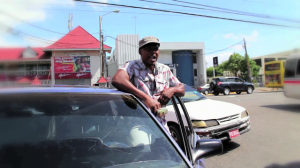 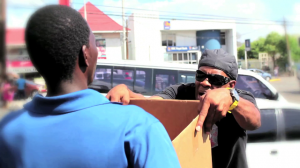